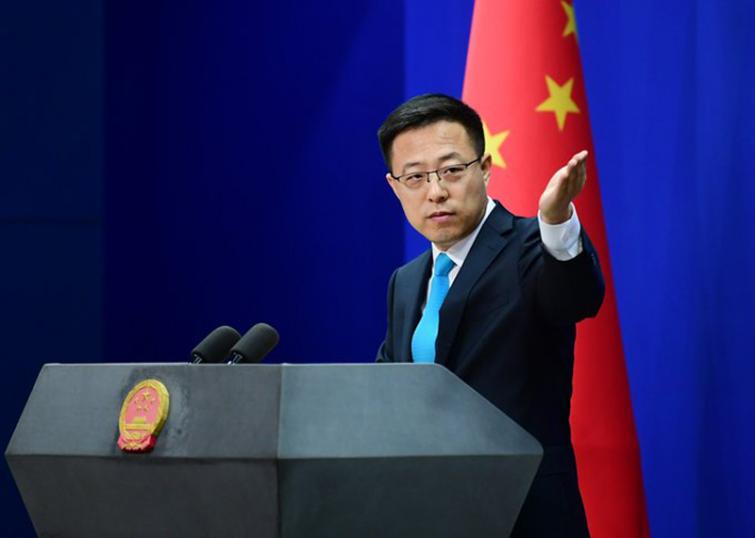 Beijing: The Chinese government on Wednesday agreed to send the World Health Organization's (WHO) team of experts to Beijing to trace the origin of the highly infectious coronavirus which has now hit nearly all the countries across the globe.

" After consultation, the Chinese government has agreed that WHO will send a team of experts to Beijing to trace the origin of  COVID-19," Zhao Lijian, China's Foreign Ministry spokesperson, said.

Meanwhile, China also slammed the US for its decision to withdraw from the WHO.

"US starting the withdrawal from WHO is just another example of upholding unilateralism and pulling out from international organizations and treaties. We urge the US to fulfill its due international obligation and responsibility," the spokesperson said.

Congress was also notified earlier in the day of the US withdrawal from the agency, Senator Bob Menendez said in a statement.

Guterres is verifying with the WHO whether the United States had met all conditions to be eligible to withdraw from the international agency, Dujarric said.

“The said conditions include giving a one-year notice and fully meeting the payment of assessed financial obligations,” the spokesman noted.

The United States, which has been a party to the WHO since 1948, under the leadership of President Donald Trump, in April, announced a temporary freeze of funding for the WHO. Trump warned that the freeze would become permanent unless the organization committed to major changes within 30 days.

The US president has accused the WHO of colluding with China to cover up the origins and handling of the coronavirus outbreak.

The WHO said it declared the coronavirus outbreak a global health emergency in January, which gave countries enough time to prepare. Chinese officials have repeatedly said they shared information on the outbreak in a timely manner.