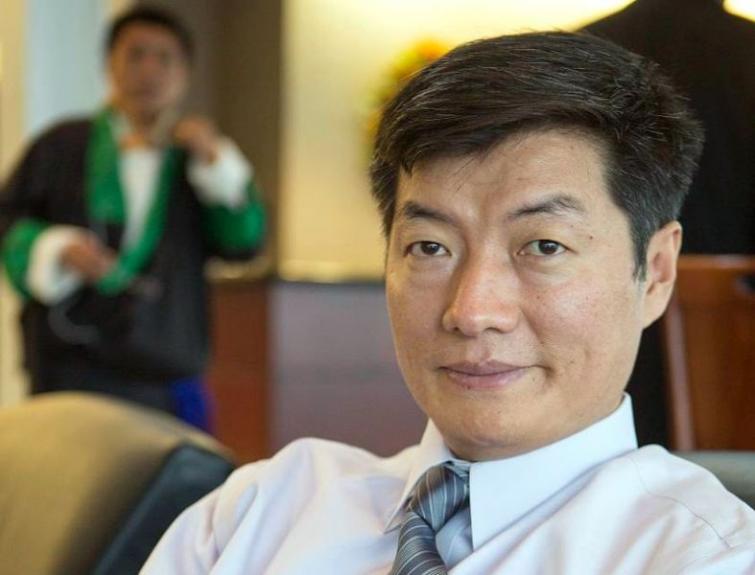 New Delhi/UNI: Leader of the exile Tibetan government Lobsang Sangay has expressed gratitude to United States for imposing visa restrictions on Chinese officials under the Reciprocal Access to Tibet Act.

"Thank you for the support", Sangay, Central Tibetan Administration President, said in a tweet reply to US Secretary of State Mike Pompeo.

In a biting criticism of China's continued restrictions over access to Tibet Autonomous Region (TAR) and other Tibetan areas, the US State Department had announced visa restrictions on PRC government and Chinese Communist Party officials under the Reciprocal Access to Tibet Act of 2018.

Mr Pompeo, in a statement, said that Tibetan areas are increasingly vital to regional stability, given the PRC’s human rights abuses there, as well as Beijing’s failure to prevent environmental degradation near the headwaters of Asia’s major rivers.

Secretary Pompeo said under the Reciprocal Access to Tibet Act, PRC government and CCP officials determined to be “substantially involved in the formulation or execution of policies related to access for foreigners to Tibetan areas” will be issued visa sanctions.

The announcement came just a day after Tibetans and supporters worldwide marked the 85th birthday of His Holiness the Dalai Lama.

''The United States will continue to work to advance the sustainable economic development, environmental conservation, and humanitarian conditions of Tibetan communities within the People’s Republic of China and abroad'', Pompeo said.
He further said that the US remains committed to supporting meaningful autonomy for Tibetans, respect for their fundamental and unalienable human rights, and the preservation of their unique religious, cultural, and linguistic identity.

Based on the diplomatic principle of reciprocity, the Reciprocal Access to Tibet calls on countries to give equal rights to one another’s citizens.

The latest implementation of the Reciprocal Access to Tibet Act sends a strong message to the Chinese government that it will face consequences for its discriminatory and repressive policies against the Tibetan people inside Tibet.
Meanwhile, Sangay, while speaking to a media channel, said that there is consensus in the international community that we must hold China accountable for human rights violation.

"For last 40 years US was at the forefront of saying 'we should cooperate with China and they would be responsible and democracy will prevail there'; now, however, the conclusion is that this will not happen", the Tibetan President in exile said.

Responding over a video where Tibetan community members were seen sloganeering in support of Indian Armed Forces, he said, "India has done the most for the Tibetan people, we are showing our reciprocity."

Over the last six decades in exile, the Central Tibetan Administration (CTA) and the Tibetan people have been carrying out a non-violent movement to regain their lost freedom and dignity from China.