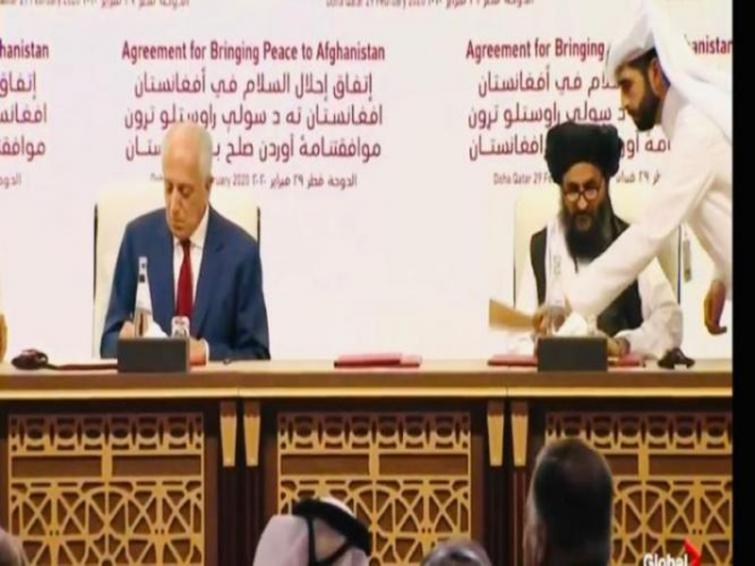 UNSC might not lift sanctions on Taliban: Russian diplomat

Moscow:  The Afghan government released hundreds of Taliban prisoners as part of the peace deal with the United States but even at such a scenario UN Security Council might not lift sanction over the group, according to a Russian diplomat.

On May 29, the UN Security Council had been expected to vote on lifting sanctions from the Taliban in accordance with an agreement signed between the movement and the US in Doha on Feb. 29, reported Anadolu Agency.

But the issue will not be raised because some conditions stipulated by the deal are yet to be met, Russia's presidential envoy for Afghanistan Zamir Kabulov told Anadolu Agency in an interview.

"This was supposed to be done by May 29 on condition that the inter-Afghan talks had to start by March 10, but they have not yet been launched,” he said.

“This process is being delayed due to the unfinished exchange of prisoners between the parties to the conflict and the absence of a negotiating team from Kabul, which was not formed due to differences between [Afghan President] Ashraf Ghani and [Ghani's political rival] Abdullah Abdullah. But even after these politicians made an agreement on May 17, the Taliban declared its non-recognition."

The issue of lifting sanctions from members of the Taliban "is an integral part of the process of transferring the Taliban from terrorist organizations to a political structure", and integrating it into the peaceful life of the country, according to Kabulov.