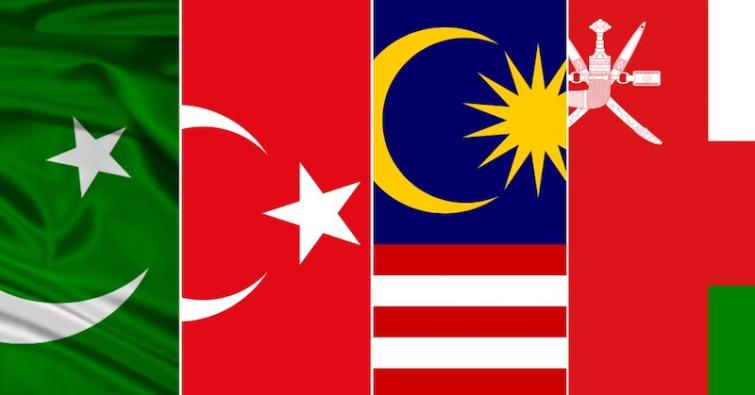 Jerusalem: Turkey, Pakistan, Qatar and Malaysia have formed a new alliance in the Islamic world and they perceive  India, Israel and the Christian nations in the West as their enemies, a noted expert on Middle East opined.

The alliance also reflects a slow shift in power in the Islamic world away from its traditional Arab center, said Jonathan Spyer, director of the Middle East Center for Reporting and Analysis and a research fellow at the Middle East Forum and the Jerusalem Institute for Strategy and Security.

In an article published in The Jerusalem Post, he said: "Ankara, Islamabad and Kuala Lumpur, with Qatar as an additional partner, today constitute an emergent power nexus, built around a common orientation toward a conservative, Sunni political Islam."

"This nexus is united as much by common enmities as by common affections. Its enemies, are India, Israel and (at the rhetorical level) the Christian West," he opined.

He referred to the Indian televangelist Zakir Naik's issue and wrote: "THE DISPUTE around Naik casts light on the currently burgeoning relations between three significant Muslim countries – Turkey, Pakistan and Malaysia. This emergent alliance is a reflection of a shift in power in the Islamic world away from its traditional Arab center."

The controversial televangelist is avoiding coming to India since 2016 amid accusations of spreading extremism.

Naik is also accused of radicalising a group of teenagers who carried out a terror attack in Bangladesh in 2016.

The preacher, who founded the Islamic Research Foundation and runs a satellite television channel PeaceTV – both banned in India – is being sought by authorities and agencies in India for questioning on charges of money-laundering and spreading extremism.

Naik is facing a probe by the National Investigation Agency (NIA) and the Enforcement Directorate (ED) after his sermons have been attributed as a reason by Bangladesh for an attack in Dhaka in 2016 which claimed 22 lives.