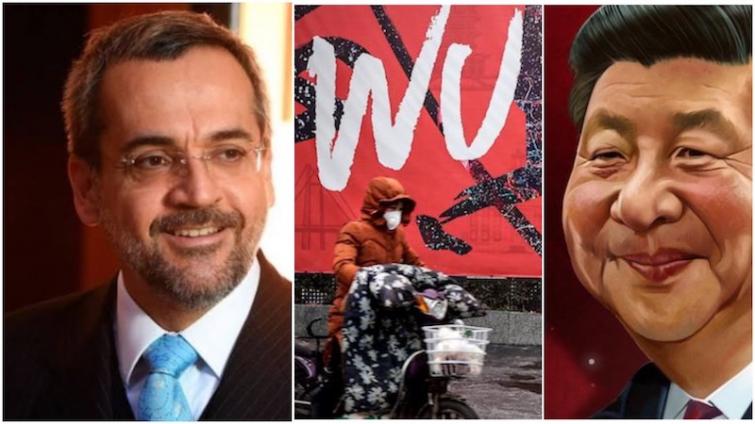 “Geopolitically, who will come out stronger from this global crisis?” he wrote on Twitter Saturday. “Who in Brazil is allied with this infallible plan for world domination?”, reported The Guardian.

In the original Portuguese, his tweet substituted the letter “r” with capital “L” - “BLazil” instead of “Brazil,” for example - in a style commonly used to mock a Chinese accent, reported the British newspaper.

The episode has triggered a major row between the two nations.

China’s ambassador to Brazil Yang Wanming condemned the comment and tweeted: "The Chinese side awaits an official statement from the Brazilian side on the words made by the min. of education, member of the Brazilian government. We are aware that our people are on the same side in resisting racist words and safeguarding our friendship."

The row comes as Brazil, like many countries, is hoping to source more medical equipment from China to deal with Covid-19, reported The Guardian.

The Brazilian leader Weintraub said in an interview that he stood by his tweet and called on China to do more to help fight the pandemic.

“If they [China] sell us 1,000 ventilators, I’ll get down on my knees in front of the embassy, apologise and say I was an idiot,” he told Radio Bandeirantes as reported by the British newspaper.

Brazil, whose biggest trading partner is China, is the Latin American country hit hardest by the new coronavirus with 16,188 confirmed cases and 820 deaths, according to worldometers.info.

Since the pandemic emerged, Brazil-China ties have been strained, notably by a series of tweets by President Jair Bolsonaro’s son Eduardo, a federal lawmaker. Eduardo Bolsonaro criticised the Chinese “dictatorship” for its handling of the outbreak in March, read the British newspaper report.

The virus is believed to have originally erupted from the Chinese city of Wuhan and now it has reached almost all the countries int he world, killing people and leaving a deep impact on economy.

The rapidly intensifying economic effects of COVID-19 on the world of work are proving to be far worse than the 2008-9 financial crisis, with cutbacks equivalent to nearly 200 million full-time workers expected in the next three months alone, the UN labour agency said.

The warning comes almost three weeks after the International Labour Organization (ILO) predicted that 25 million jobs were threatened by the new coronavirus.

According to the agency, the latest dire assessment reflects the full or partial lockdown measures affecting almost 2.7 billion workers – four in five of the world’s workforce.

Speaking in Geneva via videoconference on Tuesday, ILO Director-General Guy Ryder noted that at the start of the year – before COVID-19 spread worldwide - global unemployment already stood at around 190 million.

With the additional shock of the virus, it was “obvious” that the world of work is suffering an “absolutely extraordinary fall” because of the effects of the pandemic and the measures taken to deal with it, he added.

Workers in four sectors that have experienced the most “drastic” effects of the disease and falling production are: food and accommodation (144 million workers), retail and wholesale (482 million); business services and administration (157 million); and manufacturing (463 million).

Together, they add up to 37.5 per cent of global employment and this is where the “sharp end” of the impact of the pandemic is being felt now, the ILO chief added.