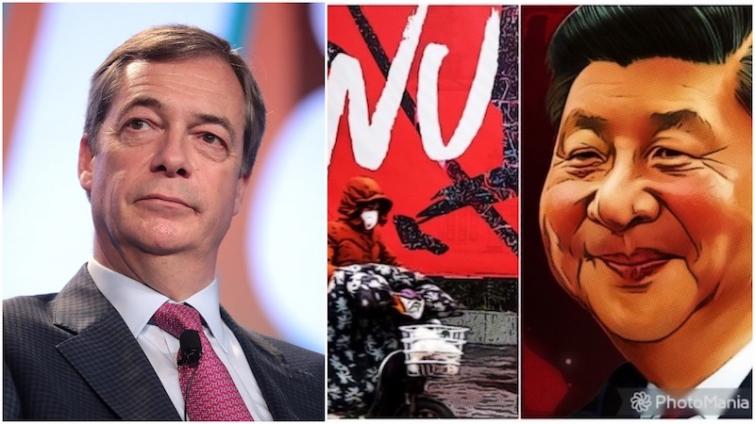 After news that the UK will receive 300 ventilators from China to combat coronavirus, Nigel Farage wondered if the deal would involve Huawei having a deeper hand in the British 5G networks, reported LBC.

Nigel admitted "sure we want ventilators from everywhere" but proposed that "the price is having China still in our 5G network" when we accept donations from the country, reported the website.

He believed that dealings with China would "damage relations with our allies" and lead to the UK distancing itself from the US and Europe in the future.

He sounded an alarm by saying that the UK is far more dependant on China.

"We are much too dependant on China," he was quoted as saying by LBC.

"The administrators in China are not our friends," he said.

Meanwhile, a social media conspiracy theory has claimed a link between 5G technology and COVID-19 outbreak.

Several cell towers in the U.K. have been set on fire and engineers harassed as the conspiracy theory went viral online.

Four of Vodafone’s mobile phone masts were attacked in the last 24 hours, a spokesperson for the British carrier told CNBC Sunday. It’s unclear whether the sites affected were used for 5G.

“This site served thousands of people in the Birmingham area, providing vital 2G, 3G and 4G connectivity as it has done for many years,” a British telecom network EE spokesperson told CNBC. “We will try to restore full coverage as quickly as possible, but the damage caused by the fire is significant.”

COVID-19 virus is believed to have first originated from China and then spread to the rest of the world.