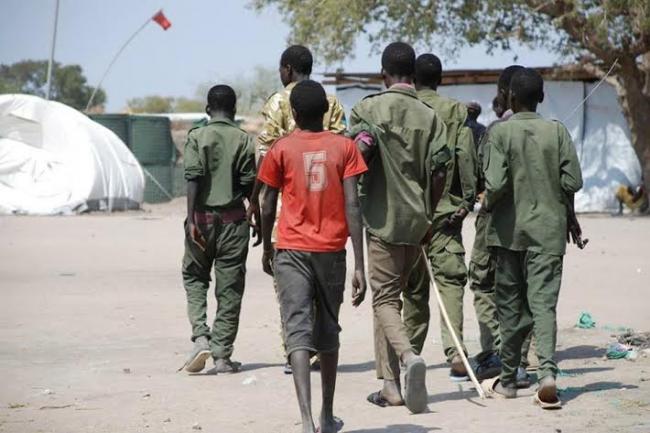 India Blooms News Service | | 30 Jan 2015, 02:20 pm
#UNICEF
The United Nations on Thursday launched its biggest ever humanitarian appeal to fund globe-spanning responses to emergencies and threats â€œstalking children in ways never before seenâ€ and putting them in extraordinary danger of violence, hunger, disease and abuse.

The $3.1 billion Humanitarian Action for Children 2015 appeal is $1 billion larger than last year’s requirements and aims to reach 62 million children at risk in 71 countries around the world from increasingly complex and destructive conflicts, natural disasters and other threats, including the Ebola epidemic. “Children across the world are facing a new generation of humanitarian crises,” said Afshan Khan, Director of Emergency Programmes for the UN Children’s Fund (UNICEF). “Whether in the headlines or hidden from view, emergencies sparked by social fracture, climate change and disease are stalking children in ways we have never seen before.” A total of $903 million from the appeal will be directed to the regional response to the conflict in Syria, protecting children at risk and delivering life-saving assistance like immunisations, safe water and sanitation, and education.  Khan said the lives of children in Syria were “torn apart” by war there. “For the past four years, these children have been witnessing violence and death daily and have been missing out on the very basics in life,” said  Khan. “This appeal will help secure a future for not only the children of Syria but all children around the world who are impacted by humanitarian crises.” Conflicts in Ukraine and Nigeria have also caused humanitarian crises and displacement, requiring almost $60 million in funding through the appeal, while “hugely underfunded and forgotten crises,” including Afghanistan, which received only 35 per cent of the resources required in 2014, the occupied Palestinian territory, which received only 23 per cent, and Niger, which got just 35 per cent, are also targeted by the new appeal. UNICEF is also trying to accelerate its work in the heart of Ebola-affected communities and has appealed for $500 million in order to do so. The money will be used to scale up efforts to rapidly isolate and treat every case, prevent further outbreaks, and continue to promote healthy behaviours to prevent the spread of the disease. The goal for 2015 is to get to zero cases and support the revitalisation of basic social services. The 71 countries targeted by the appeal are highlighted because of the scale of the crises, the urgency of their impact on children. “This appeal will reach the most vulnerable children, wherever they are,” emphasized  Khan. “Where a child is born should not determine his or her destiny.” She also discussed how funds raised will help UNICEF in its work with partners to prepare countries for future disasters by reinforcing national systems and equipping communities to help themselves. “We must get vital services and care to children in acute need now, to provide the building blocks that will allow them to create peaceful futures,” she said. “This is not just about immediate humanitarian action as these short-term investments will have long-term gains.”      Photo: UNICEF South Sudan/Marinetta Peru