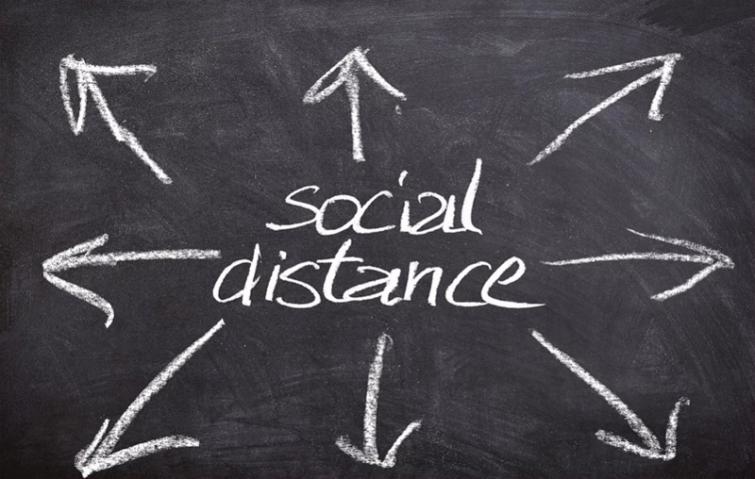 London/Xinhua/UNI: The number of confirmed cases of COVID-19 in Britain reached 38,168 as of Friday morning, an increase of 4,450 in 24 hours, according to the lastest figure from the Department of Health and Social Care.

As of Thursday afternoon, of those hospitalised in Britain who tested positive for the novel coronavirus, 3,605 have died, marking a record daily rise of 684.

"If we do, people will die," he said, "This is an instruction: Stay at home, protect lives, then you will be doing your part."

Professor Jonathan Van-Tam, deputy chief medical officer for England, said the government has been emphasizing that it is making great efforts to provide personal protective equipment, including facemasks, to frontline workers.
Meanwhile, the government is actively searching for effective treatments, and trials are already running, he said.

Asked whether people in Britain should be wearing face masks, Van-Tam insisted that there is no evidence that general wearing of face masks by the public who are well stops the spread of COVID-19, and the British government "do not recommend face masks for general wearing."

''What matters now is social distancing," he added.

On Friday, London's new emergency field hospital, built with military help in just nine days, opened its doors to await its first COVID-19 patient as the crisis continues to escalate in the country.

The Nightingale Hospital, named after Britain's most famous nurse Florence Nightingale, accommodates up to 4,000 beds at London's Excel center. The National Health Service (NHS) announced a further two Nightingale hospitals will be built in Bristol and Harrogate, along with others in Manchester and Birmingham.

Hancock said at the press briefing that there will be two more Nightingale Hospitals, with one in Bristol offering up to 1,000 beds, and the other in Harrogate having the capacity of 500 beds.

Prime Minister Boris Johnson, who has remained in self-isolation after contracting the virus, said Friday on Twitter: "This country has made a huge effort, a huge sacrifice, done absolutely brilliantly well in delaying the spread of the virus."

The prime minister also gave an update on his own health. "Although I am feeling better and I have done my seven days of isolation, I still have one of the symptoms, a minor symptom. I still have a temperature," he said.
To boost morale, Queen Elizabeth II will address the nation about the pandemic in a televised broadcast on Sunday, Buckingham Palace said in a message.

During Thursday's Downing Street coronavirus daily briefing, NHS England Medical Director Stephen Powis said it may take "a few weeks" before the number of deaths in Britain begin to decrease.