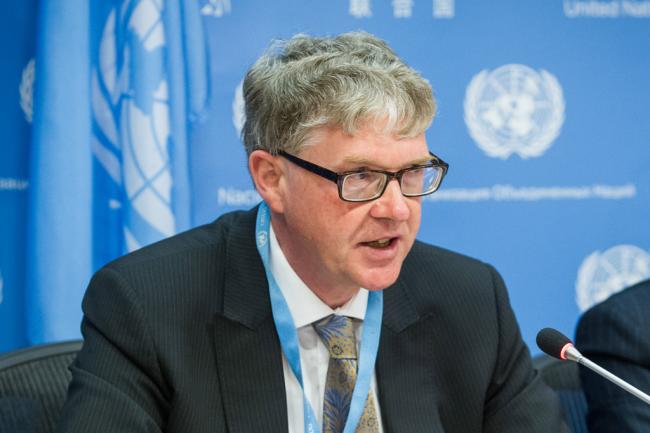 “We welcome the emphasis placed on accountability and call for this to be strengthened,” said a statement issued by the Chairpersons of 10 UN human rights treaty bodies as Member States began negotiating the framework for setting plans and policies to achieve sustainable development over the next 15 years.

The statement collected the views of the:

·         Committee on the Elimination of Racial Discrimination;

·         Committee on the Elimination of Discrimination Against Women;

·         Committee on the Rights of Persons with Disabilities;

·         and Committee on Enforced Disappearances.

They urge Member States to ensure that the goals they put forward for adoption at a UN summit in New York in September 2015 reinforce the alignment of the goals with human rights. Their concrete recommendations include strengthening the reference to protecting fundamental freedoms by explicitly referring to freedoms of expression, association and peaceful assembly in proposed goal 16.

In the new goals, reliable and validated means for measuring progress in meeting all the goals should be provided, and based on disaggregated data. In addition, progress should be measured in terms of how fundamental rights and freedoms are being protected.

“UN Secretary-General Ban Ki-moon has called for there to be a robust and participatory monitoring and review framework for the SDGs at the national, regional and global level,” said Malcolm Evans, Chairperson of the Subcommittee on the Prevention of Torture and current head of the Treaty Body Chairpersons’ group. “We strongly support this and urge Member States to build upon the principles and inclusive working methods of the Treaty Bodies, as well as other existing human rights mechanisms such as the Universal Periodic Review.”

“The work of the treaty bodies regarding corporate sector accountability is highly relevant here. For example, the Committee on the Rights of the Child and the Committee on Economic, Social and Cultural Rights have issued guidance regarding the impact and obligations of business,” said Mr Evans.

The treaty body Chairpersons also said they would encourage their Committees to consider the impact of development goals on the enjoyment of the rights in their respective treaties, and draw on development data and reports in their dialogues with States.