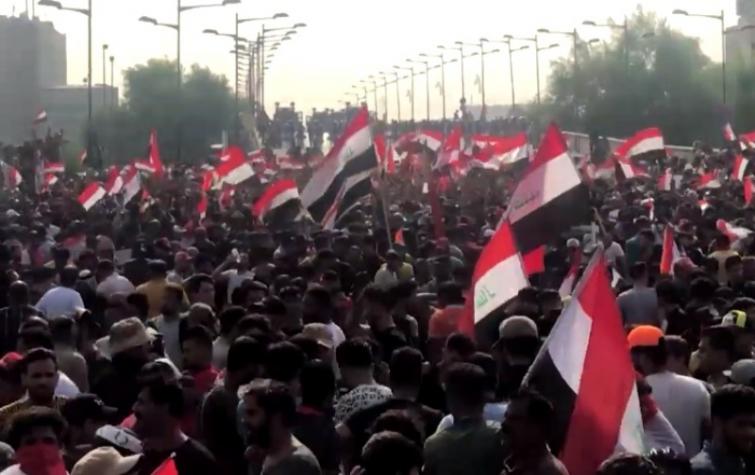 Moscow/Sputnik/UNI: At least 12 protesters have been killed during two days of violent clashes with security forces in the Iraqi provinces of Baghdad and Dhi Qar, the semi-official Iraqi High Commission for Human Rights (IHCHR) reported in a Facebook post on Sunday.

According to the human rights watchdog, nine protesters died in Baghdad province, while a further three demonstrators were killed during clashes in Dhi Qar province.

IHCHR added that 230 protesters and security personnel were injured over the weekend, with 118 of those being recorded in Baghdad province.
Iraq has been gripped by nationwide protests since October, with demonstrators demanding a better standard of living, the government's resignation and an end to corruption. According to human rights advocacy group Amnesty International, more than 600 protesters have been killed since demonstrations started.