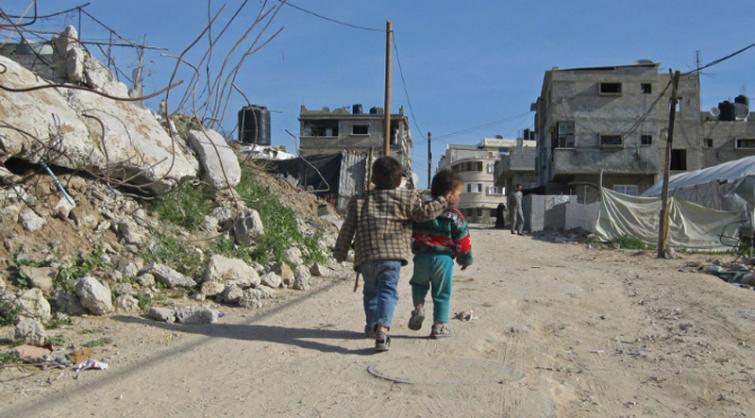 New York/IBNS: Recent heightened tensions in the Middle East underscore the critical need for dialogue and diplomacy in the region, the UN’s Political Affairs chief told the Security Council on Tuesday.

Rosemary DiCarlo was briefing ambassadors on developments related to the Israeli-Palestinian conflict, as well as recent protests in Lebanon, against the backdrop of the crisis sparked by the killing of a top Iranian general by the United States earlier this month.

“The Israeli-Palestinian conflict is not immune to the tensions in the region”, she said.  “At the same time, the effects of its persistence are felt far beyond Israel and the Occupied Palestinian Territory.”

DiCarlo reiterated the UN’s position that there can be no sustainable peace in the Middle East without resolving the decades-long dispute.

However, with the political process deadlocked, she said “negative developments” continue to undermine prospects for a two-State solution, including Israel’s expansion of settlement activity and threats to annex parts of the West Bank.

“In the absence of progress towards an agreement that will resolve all final status issues based on the 1967 lines, the United Nations continues to focus its efforts on establishing an environment conducive to the return to the negotiations”, she said.

“Recent regional events have once again brought to the fore the crucial necessity of dialogue and diplomacy in the region.”

The UN deputy humanitarian coordinator informed the Council that $348 million will be needed this year to provide food, protection, health care and other services to some 1.5 million vulnerable Palestinians, particularly in Gaza.

“UNICEF reports rising rates of school dropout, child labour, and child marriage, and an estimated 270,000 children suffer from some form of mental disorder.  Similarly, I have seen how the lives and wellbeing of residents in Israeli communities around Gaza are disrupted by rocket fire from Palestinian armed groups, with mental health impacts particularly among children”, she said.

Mueller also pointed to signs of “cautious optimism”, such as an increase in the number of people allowed to leave Gaza, and the creation of 37,000 jobs by the UN agency that assists Palestinians, UNRWA, the UN Development Programme (UNDP) and the World Bank.

“Ultimately, the solution for the occupied Palestinian territory is neither humanitarian nor development action, but lies in political discourse and agreement”, she stated.

The UN remains hopeful that the Palestinian Authority will hold legislative and presidential elections this year.  The last vote was held in 2006.

DiCarlo reported that political parties have confirmed they would include more women candidates than the law requires.  There is also discussion over amending the law to raise the quota of listed women candidates from 20 to 30 per cent.

“Despite broad internal political agreement and a series of compromises by all factions, to date President Abbas has not issued the decree needed to schedule elections.  In the past month, he has stated that he would not set dates until Israel agrees that elections can take place in East Jerusalem. Plans to organize the vote are now grinding to a halt”, she said, noting that UN engagement continues in the interim.

Turning to Lebanon,DiCarlo expressed serious concern over violent protests in the capital, Beirut, this past weekend.

Since October, people have been taking to the streets in mostly peaceful demonstrations over corruption and economic collapse as stalemate over forming a new Government continues.

She said senior UN officials in the country have encouraged parties to protect against any potential spill-over and to urge for calm.