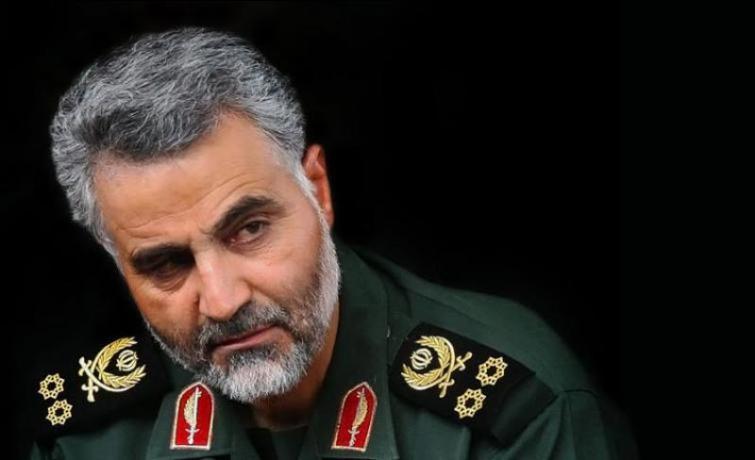 Washington/IBNS: Amid heightened tension following the US strike in Iran which killed Revolutionary Guards commander Qasem Soleimani, the country's embassy in Baghdad on Friday asked American citizens in Iraq to "depart immediately".

US Embassy in Baghdad said in a statement: "Due to heightened tensions in Iraq and the region, the U.S. Embassy urges American citizens to heed the January 2020 Travel Advisory and depart Iraq immediately.  U.S. citizens should depart via airline while possible, and failing that, to other countries via land."

"Due to Iranian-backed militia attacks at the U.S. Embassy compound, all public consular operations are suspended until further notice.  U.S. citizens should not approach the Embassy," it said.

According to reports, Qasem Soleimani spearheaded Iranian military operations in the Middle East.

He was killed at Baghdad airport, alongside local Iran-backed militias, early on Friday in a strike ordered by US President Donald Trump, reported BBC.

The entire episode has led to an escalation of tension between Tehran and Washington.

He announced three days of national mourning following the death of Qasem Soleimani.

President Trump tweeted an image of the American flag following the incident.

"At the direction of the President, the U.S. military has taken decisive defensive action to protect U.S. personnel abroad by killing Qasem Soleimani, the head of the Islamic Revolutionary Guard Corps-Quds Force, a U.S.-designated Foreign Terrorist Organization," Pentagon said in a statement.

"This strike was aimed at deterring future Iranian attack plans. The United States will continue to take all necessary action to protect our people and our interests wherever they are around the world," it said.

Qasem was an Iranian Major general in the Islamic Revolutionary Guard Corps (IRGC) and since 1998 commander of its Quds Force—a division primarily responsible for extraterritorial military and clandestine operations.

Soleimani began his military career in the beginning of the Iran–Iraq War of the 1980s, during which he commanded the 41st Division.