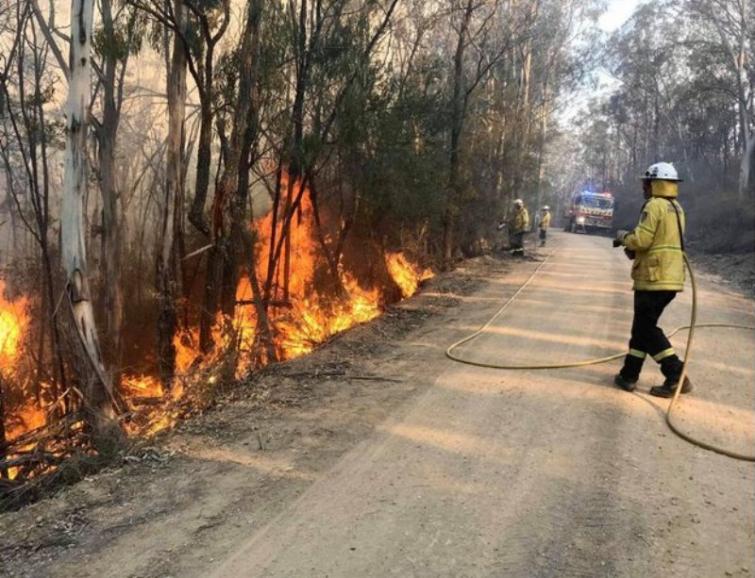 Hazardous smoke levels triggered alarms within the building, forcing the staff to go outside while a number of key personnel remained in the control room to maintain fire response coordination.


Multiple other locations across Sydney and surrounds were also evacuated, including buildings at the University of NSW and University of Sydney.


Tuesday's dense smoke was the result of large fires burning to the city's north and south west, the largest of which encompassed roughly 319,000 hectares of bushland.


Local landmarks such as the Harbour Bridge and Opera House disappeared behind a curtain of grey, on what many on social media called the "worst day" of smoke pollution of the recent bushfire emergency.


While the air quality index (AQI) deems any reading over 200 as "hazardous," the Australian Broadcasting Corporation reported that on Tuesday morning two suburbs in Sydney's west had reached over 2,000 on the AQI.


A Bureau of Meteorology spokesperson explained that the smoke had become trapped in a "low layer of atmosphere," causing it to become concentrated above Sydney.


"An abundance of smoke has seen parts of Sydney and its surrounds observe low visibility and hazardous air quality levels," they said.


"Smoke will slowly lift through the morning and a southerly change is expected this afternoon."


All residents and particularly those with pre-existing respiratory conditions have been warned to avoid outdoors activities.