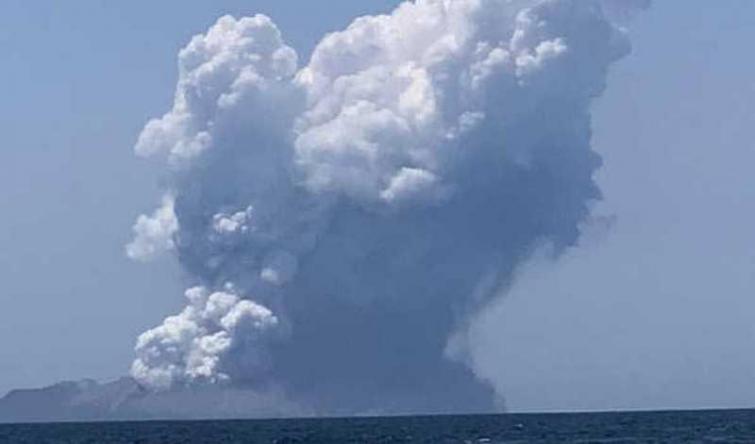 Wellington/IBNS: At least five people died as a volcano erupted in New Zealand on Monday.

New Zealand Police said in a statement: "Police can confirm five people are now confirmed to have died in the White Island volcanic eruption."

"We are continuing to work as quickly as possible, through a number of channels of information, to confirm exact numbers of those involved, including those who remain on the island," it said.

"A number of people have been injured and taken to Whakatane Hospital and Middlemore Hospital," read the statement.

Police said they are currently taking advice from GeoNet experts, who have advised that due to the current risk environment, emergency services remain unable to access the island.

A number of people remained unaccounted for, media reports said.

Former Whakatane mayor Tony Bonne says one of the people killed was an experienced guide for White Island Tours - "a young energetic man who's lost his life", reported the newspaper.

The website of White Island Tours has been taken down. A message can be seen which reads: "We are currently experiencing an emergency."

Twenty-three people have been recovered so far.

However, it is still not clear how many are still present there.

Police told BBC rescuers are not able to access the island because of the risk of further eruptions.

White Island, also called Whakaari,  is one of the major active volcanoes in the nation.