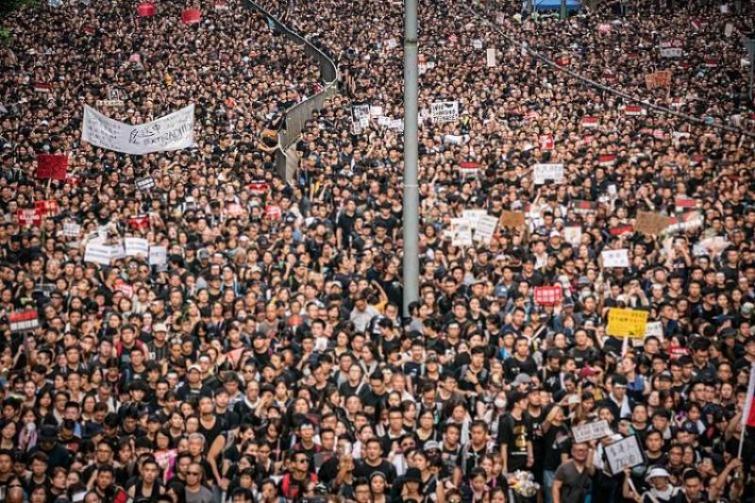 Hong Kong/IBNS: Thousands of protesters joined the demonstration against the government as they marched through the streets of the city on Sunday, media reports said.

For the first time since August, police allowed a rally by the Civil Human Rights Front, a pro-democracy group, reported BBC.

Organisers said an estimated 800,000 took part while police put the number at 183,000, read the reported published by the British media outlet.

"The Police appeal to protestors to express their views in a peaceful manner and warn the rioters to stop all illegal acts. The cases are now classified as “Arson” and will be investigated by Central District Investigation Team," Hong Kong Police tweeted.

According to Sputnik new agency's report, Hong Kong police say they arrested 11 people and confiscated a large amount of weapons, including a firearm and ammunition, in a raid ahead of a large rally on Sunday.

"This morning, Police mounted an operation and arrested 8 males and 3 females… A large amount of weapons, including one firearm and over a hundred bullets were seized. Intelligence suggested that the gang planned to use the weapons during the public procession today and to frame the Police," the police force said in a statement.

The arrests came just as special administrative region was bracing itself for the largest march in weeks to mark six month since the anti-Beijing protest movement began.

Hong Kong has been gripped by violent protests since June. The demonstrations, initially a response to an extradition bill, continued even after the highly unpopular measure was withdrawn in October. The protesters now claim that the authorities are abusing their power to suppress them, a claim that the government has denied.