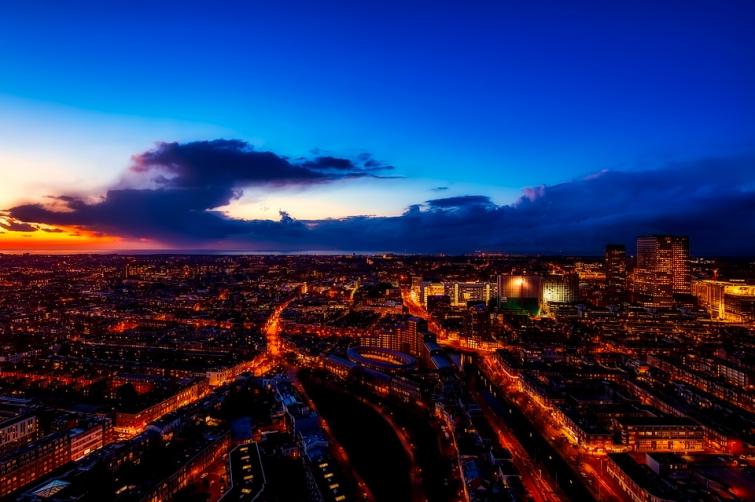 The Hague/IBNS: Police are searching for a person who is suspected to be behind the stabbing attack incident in Dutch city of The Hague on Friday, media reports said.

The attack left three people hurt as the attacker targeted them on a busy shopping street.

Three minors were injured in the city's Grote Marktstraat shopping district, police was quoted as saying by CNN.

The identities of those hurt in the incident are still not known.

Several videos are currently circulating on the social media where crowds of shoppers could be seen running away after the incident.

Footage from The Hague, scene of another stabbing attack. pic.twitter.com/o779YHwWYe

Emma Evers, who had gone to the Grote Markstraat with her mother but got separated when people started running, told CNN: "I realized something was happening. I started running and I was in panic because I couldn't find my mom."

Emma said they could later find each other.

Another stabbing incident occurred in London on the same day.
The police on Friday said the man who carried out the London Bridge stabbing attack, which left two people killed, was a former prisoner convicted of a terrorism offense.

He was identified as 28-year-old Usman Khan.

Police said he was shot dead.

Neil Basu, the assistant commissioner of the Metropolitan Police, said: "A male suspect was shot by specialist armed officers and I can confirm that he died at the scene."

"We are now in a position to confirm the identity of the suspect as 28-year-old Usman Khan (10.03.1991), who had been residing in the Staffordshire area. As a result, officers are, tonight, carrying out searches at an address in Staffordshire," Basu said.

The police have already described the episode as a 'terrorist incident'.