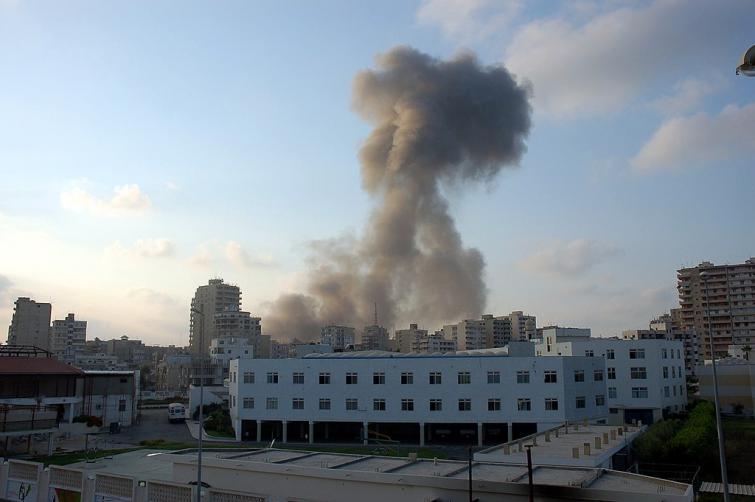 Beirut/Sputnik/UNI: Supporters of the Amal Movement, a Shia-affiliated political party in Lebanon, have attacked anti-government demonstrators in the southern Lebanese city of Tyre, burning their tents, eyewitnesses told Sputnik.

"Amal supporters attacked a tent camp in central Tyre and started pouring gasoline when there were still people left in the tents. They caught some of the people and beat them up. The armed forces came quickly and encircled the peaceful demonstrators, protecting them from the aggressive groups," one eyewitness told Sputnik in the early hours of Tuesday.


Local media reported that at least three people were hospitalized after the attack. Videos released on social media showed burning tents with gunfire heard in the background.