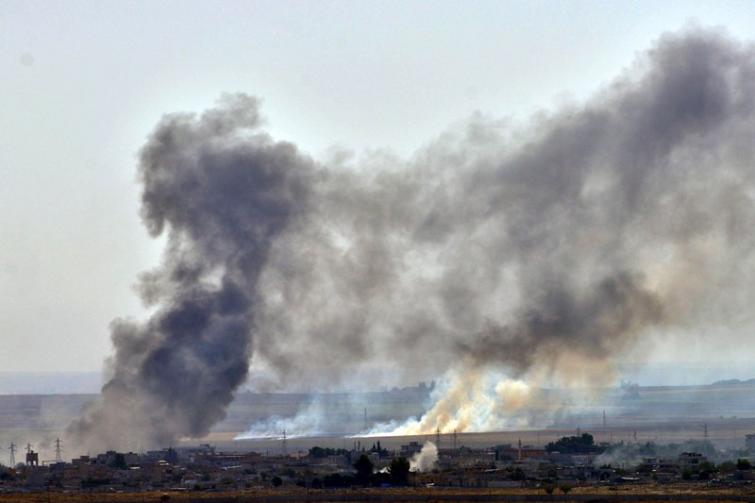 US House of Representatives passes bill sanctioning Turkey over Syria

Washington/Xinhua/UNI: US House of Representatives on Tuesday overwhelmingly approved a bill aimed at slapping sanctions on Turkey over its military offensive in northern Syria.

The vote was 403 to 16, with only 15 Republicans and one Democrat voting against the measure.


The bill is the latest Congress effort to disapprove of US President Donald Trump's decision to withdraw US forces from northern Syria as Turkey launched an operation in the area targeting Syria's Kurdish forces.


If enacted, the bill will forbid US arms sale to Ankara for use in Syria, identify senior Turkish officials for their role in the military offensive against the Kurds and sanction foreigners providing arms to Turkish forces in Syria.


The bill also seeks to force the Trump administration to impose the previously mandated sanctions for Turkey's purchase of the Russian S-400 missile defense system.

However, the bill may be stalled in the Senate, as leading Republicans in the Senate have indicated that they will not bring up such a measure at least for now.


Last week, Trump ordered US sanctions on Turkey over its offensive in northern Syria to be lifted as Turkey had informed Washington of a "permanent" ceasefire in Syria. But US Congress remains deeply concerned about the withdrawal of US troops from the region and Turkey's military offensive.