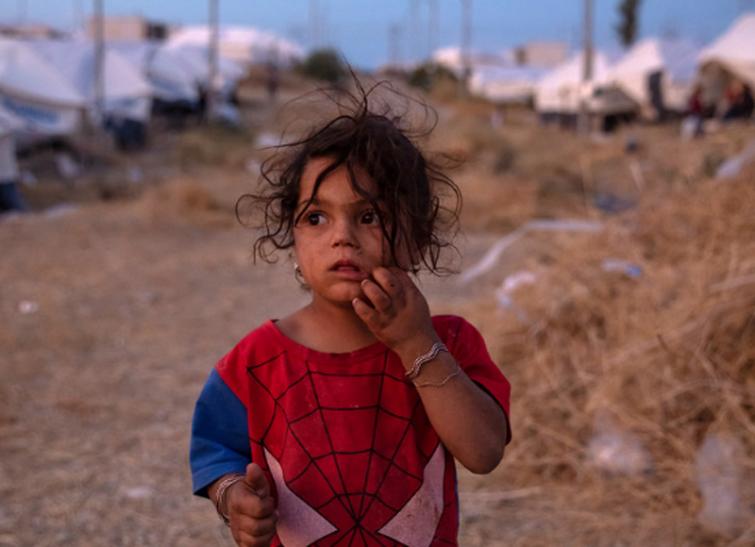 New York: After nearly two weeks of fighting in northeast Syria, the UN’s humanitarian wing has estimated that around 180,000 have been forced to leave their homes or shelters, including 80,000 children, all in desperate need of humanitarian assistance.

The UN Office for the Coordination of Humanitarian Affairs (OCHA) reported on Tuesday that despite a shaky five-day ceasefire, airstrikes and a ground offensive launched by Turkey on 9 October, targeting Kurdish held areas across the border, has had a “significant humanitarian impact.”

According to news reports on Tuesday, Turkey’s President Recep Tayyip Erdogan said his forces would resume their offensive unless Kurdish fighters fully withdraw from the border area by the day’s end.

The Kurds provided most of the frontline fighters belonging to a US-led coalition that pushed ISIL terrorists out of its strongholds across the region, but Turkey regards them as terrorists, only pausing its offensive at the request of the US.

UNCritical civilian infrastructure has been damaged, the agency said, explaining that in addition to a key water station which is now inoperable due to power line damage, at least four medical facilities are reported to be affected. “Against this backdrop, humanitarian needs continue to grow”, OCHA said.

“The Alouk water station, which serves nearly half a million people in Al-Hassakeh city and the surrounding displacement camps, has been out of service for the past ten days” the Office explained, but with help from the Syrian Arab Red Crescent (SARC), together with water and electricity experts, temporary repairs mean that safe water is flowing again.

As of Tuesday, around half of those affected by the water crisis have access to potable supply, while the rest will gain access in the coming hours and days - the result of two consecutive missions across active frontlines to repair the damaged powerlines - an effort made possible by deconfliction efforts led by the UN and Turkish Government.

Upon returning from a visit to Syria’s northeast, Iman Riza, who heads up the UN refugee agency (UNHCR) in the country, said the successful water restoration will “avert a more serious humanitarian problem for residents in the area”, adding that he was “struck by their heightened vulnerability.”

The UN and partners are scaling up life-saving assistance, despite ongoing security roadblocks. Blanket and food rations are set to reach some 580,000 civilians in Raqqa and Hasakeh governorates, and efforts are underway to provide essential services, in preparation for the onset of winter.

75 percent of refugees are women and children

The volatile situation on the ground has pushed thousands to flee to neighboring Iraq, with more than 7,100 Syrian refugees arriving there since last Monday, according to UNHCR.

Nearly all of them are sheltering inside the Bardarash refugee camp, around 140 kilometres east of the border.

Around three quarters of Syrian refugees are women and children, some requiring psycho-social first aid and support, after witnessing explosions and shelling and living in fear in midst of the fighting.

UNHCR and partners have supplied hot meals, camp transportation, shelter and protection services, in addition to protection monitoring, child protection and identification of unaccompanied children and persons with special needs.

The Bardarash camp has a water and electricity supply and sewage system, but the networks need beefing up and refugees continue to arrive, UNHCR said.

Prior to the arrivals over the last week, around 228,000 Syrian refugees have fled to Iraq due to more than eight years of conflict in their home country.

Photo captions and credit:
UNHCR/Hossein Fatemi
A four-year-old girl wanders in Bardarash camp in Duhok, Iraq, one of thousands of Syria refugees who have fled fighting in the northeast of their country.