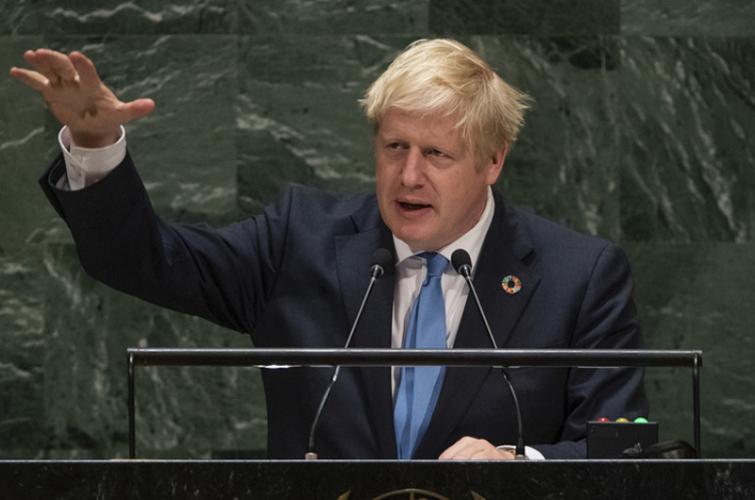 PM Boris Johnson has the numbers in Commons to pass Brexit deal: Raab

London/IBNS: Despite receiving initial jolt on Saturday, the British government said it will push ahead with efforts to pass its Brexit deal in Parliament.

British Foreign Secretary Dominic Raab said he is confident that the MPs would back the deal next week.

Boris Johnson had to ask the EU for an extension to the UK's 31 October exit date after MPs backed a move to delay approval of the deal on Saturday, reported BBC.

Foreign Secretary @DominicRaab "We believe we've got the numbers [to pass the deal] and we'll keep talking to the DUP, and see if there's further reassurances that can be provided." pic.twitter.com/3MYXLX0vzC

Foreign Secretary Dominic Raab was quoted  by BBC as quoted by BrexitCentral: "We believe we've got the numbers [to pass the deal] and we'll keep talking to the DUP, and see if there's further reassurances that can be provided."

British Prime Minister Boris Johnson suffered a major jolt related to the Brexit issue as he was defeated in a crunch Commons vote on Saturday.

Johnson said he will press on "undaunted" with Brexit on Oct 31.

The PM must now ask the EU for an extension to that deadline after MPs backed an amendment aimed at ruling out a no-deal Brexit, by 322 votes to 306, reported BBC.

According to news agency Sputnik, Boris Johnson on Saturday told the UK parliament that the European Union is reluctant to delay Brexit any longer.

"I must tell the House in all candour that there is very little appetite among our friends in the EU for this business to be protracted by one extra day," Johnson said during the parliament sitting on Saturday morning ahead of the vote on his Brexit deal.

The PM vowed to bring the legislation on Oct 21 (Monday).

MPs could also be given another vote on the deal on Monday, if Commons Speaker John Bercow allows it, reported BBC.

Johnson had earlier repeatedly insisted that the UK will need to leave by the end of the month.