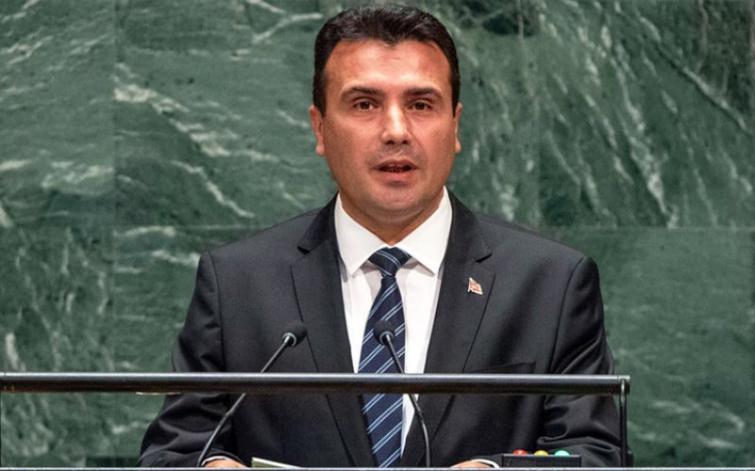 New York: As a United Nations Member State more than two deacades, Thursday was the first time the Republic of North Macedonia addressed the General Assembly under its settled-upon name after “a 27-year-old difference with Greece”.

“This bilateral difference had serious negative implications, both in the regional and multilateral setting, becoming regretfully infamous as a difficult and irresolvable problem”, said President Zoran Zaev.

However, today the country can see “nothing but benefits from settling the differences”, such as a complete identify profile at the UN and “exceptionally good relations with Greece”, according its President.

Noting advanced bilateral cooperation, he said the republic of North Macedonia has thus contributed to the regional stability.

Moreover, the Prespa Agreement, along with the Treaty of Friendship with Bulgaria, has accelerated its integration into NATO and helped to eliminate the greatest obstacles to European Union accession.

Zaev underscored his country’s appreciation to the UN for it’s 20 years of dedicated support and cited the Prespa Agreement as a “demonstration of the power of diplomacy and dialogue”, calling it “an instrumental example for the settlement of many other open issues”.

“Reaching this milestone required good faith and above all vision”, he said. “It also required diplomacy, resilience and mutual trust”.

The landmark Agreement is helping both sides to overcome a history of distrust and establish a new foundation based on friendship and partnership.

“All problems throughout the world are different and have their specific features, yet dialogue and diplomacy are still the best approaches to settlement”, affirmed Zaev.

“As leaders of our countries, we owe it to our citizens to work on the resolution of problems, to maintain the peace and to create conditions for development and better life for all.”

At a time of great importance in confronting present and emerging challenges, Mr. Zaev recommitted to the common values of peace, democracy, human rights, the rule of law and sustainable development.

The President stated that a strong UN is needed “to stand for and deliver for all”.

“International order based on rules, effective multilateralism, with the central role of the strong action-oriented United Nations is necessary in a world of everyday uncertainty”, he spelled out.

Turning to the global climate crisis, he told the global leaders that in August, for the first time in its history, a seemingly eternal glacier in Iceland vanished as a result of global warming to climate change. A bronze plaque was placed on a rock to commemorate it.

“This should be a global warning for all of us”, he asserted.