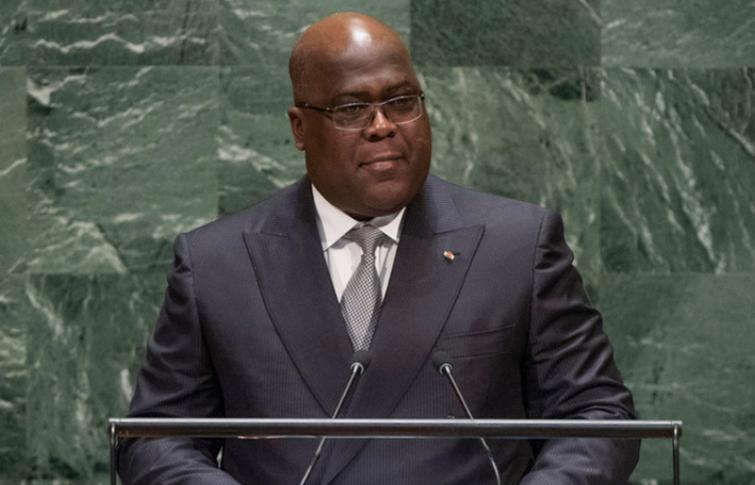 New York: With Africa at the centre of many global challenges, it is time for the continent to have a seat in the UN Security Council, the President of the Democratic Republic of the Congo (DRC) told world leaders on Thursday.

In his first address to the UN General Assembly, Félix Tshisekedi underlined the need to reform the primary body charged with maintaining international peace and security.

“It is indeed unfair that Africa remains the only region in the world that does not have permanent representation on the Security Council, when in fact the major issues – be they demographic, social or environmental – for the whole planet are inextricably linked to Africa,” he said.

“We want a configuration and that is more representative of the world’s peoples in their diversity.”

President Tshisekedi said the DRC can contribute to the global push to achieve a more just and equitable world, as outlined under the Sustainable Development Goals (SDGs).

The 17 SDGs seek to create a more just and equitable world by 2030.

“The eradication of poverty and hunger is today an urgent issue. The Democratic Republic of the Congo can be part of the solution, with its 80 million hectares of arable land and its abundant water sources that are enough for more than two billion people,” he stated.

Tshisekedi stressed that while African countries are the “pivot of sustainability”, they also yearn for development that protects the natural environment, such as the vast forests in the DRC, which account for nearly 50 per cent of forest cover on the continent.

“We are resolutely committed to protecting our forests. However, the preservation of our national heritage cannot be done at the detriment to our development,” he said, before calling for better integration of environmental issues in development financing.

The DRC is also moving to increase production of clean, renewable energy. The objective is to boost electrification from 10 per cent today to around 60 per cent in the next decade, while reducing the use of firewood.

President Tshisekedi noted that the average Congolese citizen is around 17 years old, just slightly older than Greta Thunberg, the Swedish teenager who has been at the forefront of a global movement for action to address climate change.

“But how can our young people involve themselves in the same fight if they have neither water, nor light?” he wondered.

The DRC also is rich in natural resources needed to power the energy and digital transition. President Tshisekedi proposed opening up the country to regulated mining in exchange for development support.

“The world needs cobalt, it needs coltan, and it needs lithium. We want industrial jobs. We need training and we need development,” he said,

Challenges to peace and stability

For President Tshisekedi, the greatest challenges facing the DRC are peace, security and stability. Armed groups operating in the east continue to terrorize the local population.

“Some of these rebel movements…are carrying out terrorist attacks that are consistent with their allegiance to Daesh, which represents a new threat to my country and to the sub-region,” he said. “As if conflict and instability were not enough, countries to the east of the DRC are also affected by an Ebola epidemic that has lasted more than a year.”

The UN is side-by-side with the Congolese in both battles, through its peacekeeping operation (MONUSCO) and agencies such as the World Health Organization (WHO).

Regarding the Ebola epidemic in eastern DRC, Mr. Tshisekedi said that the new response strategy was starting to take effect, especially in the city of Goma, “which is now virus free”.

Yet, the epidemic is not yet completely eradicated. The UN-supported strategy will be reinforced “by the introduction of five new approved drugs, in addition to the Ebola vaccine, which will completely get rid of the disease,” he added, along with praise for the solidarity shown by the UN and the African Union in the fight against this epidemic.