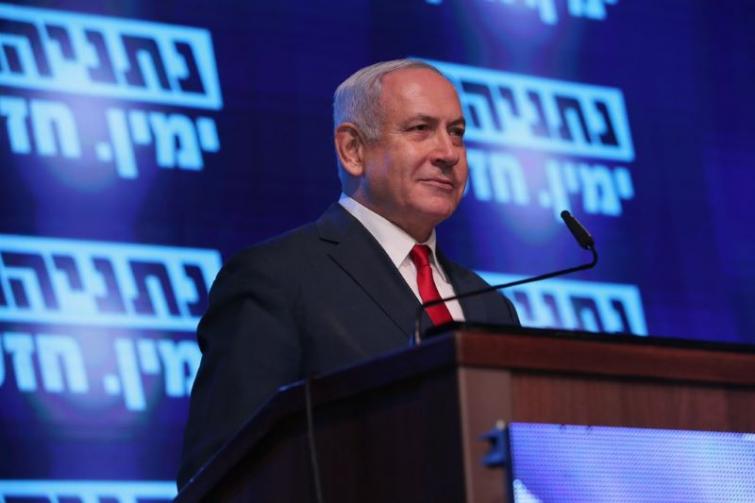 It comes after Netanyahu and his main opponent in the recent general election, Benny Gantz, failed to agree a deal on a unity government, said a BBC News report.

Netanyahu now has up to six weeks to try and put together a government.

Rivlin has said he will do everything he can to avoid a third general election this year.

"Netanyahu has more of a chance to form a government," the president said in a speech while standing alongside alongside Netanyahu.

Benjamin Netanyahu was unable to form a governing coalition after elections in April, and it doesn't look any easier now. He has four, possibly six, weeks to convince other parties to back him.

The president chose him for the task because he has slightly more overall support in the newly elected Knesset than his main rival Benny Gantz, even though Gantz's Blue and White Party has one more seat than Mr Netanyahu's Likud.

As the prime minister accepted the mandate, he stepped up the pressure for a broad unity government with Mr Gantz. Polls show that's what the voters want, but the two parties failed to reach a power-sharing agreement in talks this week, and Gantz again refused Mr Netanyahu's terms.

He said would not do a deal with the prime minister's bloc of right-wing parties, or "sit in a government whose leader was facing a severe indictment".

Netanyahu is particularly determined to keep his job because that would put him in a stronger position to deal with a possible indictment on corruption charges. He insists he is innocent and will be making his case at a hearing next week.