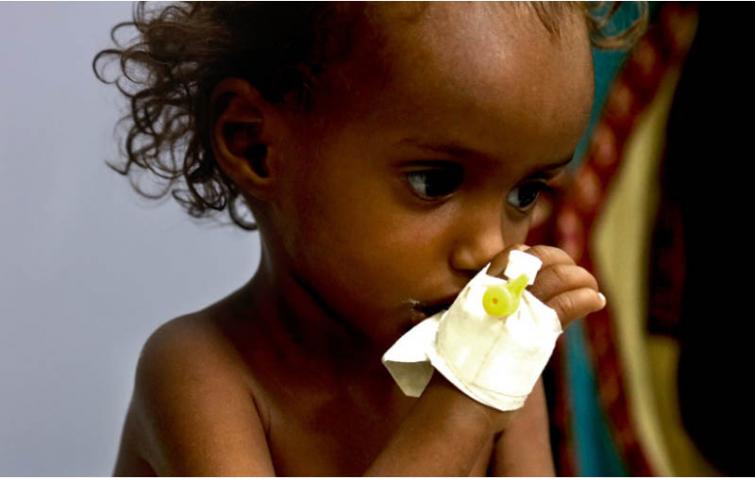 New York: Attacks against oil facilities in Saudi Arabia over the weekend, claimed by rebel fighters in Yemen, are a sign that the war-torn country could be drawn into even greater conflict, the top United Nations official there told the Security Council on Monday.

Special Envoy Martin Griffiths said there is “no time to waste” in ending four years of fighting between Houthi rebels and the internationally-recognized Government, supported by a Saudi-led coalition, which has pushed the country to the brink of famine.

“The attack on ARAMCO facilities in Saudi Arabia this past Saturday morning, 14 September, which has caused significant disruption to the Kingdom’s crude oil production, has consequences well beyond the region”, Griffiths warned ambassadors, speaking via videoconference.

“At a minimum, this kind of action carries the risk of dragging Yemen into a regional conflagration. Because of one thing we can be certain, and that is that this extremely serious incident makes the chances of a regional conflict that much higher, and of a rapprochement that much lower. With Yemen in some way linked. None of that is good for Yemen.”

Despite this grim picture, Griffiths reported “some limited progress” in talks between the warring parties in Yemen on the implementation of a December 2018 agreement covering the city of Hudaydah, and prisoner exchange, among other points.

They met last week to discuss ceasefire enhancement, disengagement along the frontlines, and the planned redeployment of forces. A mechanism to shore up the ceasefire has been activated and has helped reduce violence in the key Red Sea port, which handles the majority of key aid deliveries.

“I am encouraged by the parties’ willingness to implement further measures,” Mr. Griffiths said. “The sustained reduction in violence…has been one of the major achievements of the Hudaydah Agreement so far. I welcome these concrete steps to reinforce it and to improve access for the delivery of humanitarian aid.”

However, the UN Humanitarian Affairs chief informed the Council that operating conditions perhaps have never been worse.

“They include obstacles to beneficiary registration, attempts to divert aid, and efforts to control selection of implementing partners. Humanitarian workers have been detained at checkpoints and, in several, cases, arbitrarily arrested. Staff also face intimidation and harassment at Sana’a airport”, he stated.

Despite access issues, Lowcock said humanitarians can reach people in need provided they have adequate funding.

He welcomed recent funding allocations, including an upcoming transfer of $500 million from Saudi Arabia that was confirmed today.