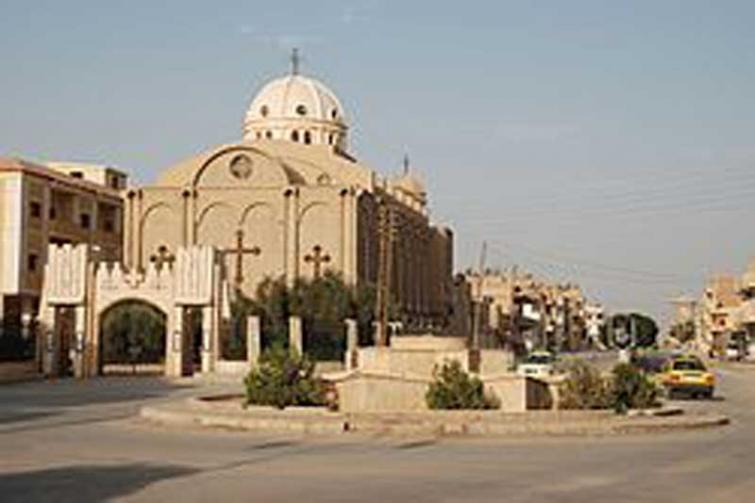 Damascus, Jul 17 (Xinhua/UNI) A car bomb went off on Wednesday near a Kurdish checkpoint in Syria's northeastern province of Hasakah, leaving injuries, a war monitor reported.

The car exploded near a checkpoint of the Kurdish Assayish security police in the Ghweiran neighborhood in Hasakah, the Syrian Observatory for Human Rights said.

The Britain-based watchdog group said that the wounded are civilians and members of the Kurdish militia group.

Meanwhile, the state news agency SANA said that two civilians were wounded in the bombing, which comes days after explosions rocked Hasakah and left many people wounded.

The Islamic State (IS), which has lost key areas to the Kurdish-led Syrian Democratic Forces (SDF) in eastern Syria, has claimed responsibility for several explosions targeting the Kurdish-controlled areas.

The Syrian government repeatedly slammed the Kurdish control over areas in northeastern Syria, vowing to retake all areas controlled by the U.S.-backed Kurdish forces either by force or negotiations.

Pro-government and opposition activists recently reported eruption of protests against Kurdish forces in eastern Syria as the living conditions are tough there.

The Kurdish forces are seeking to create an autonomous region in predominantly Kurdish areas in northeastern Syria, which has been rejected by the government.

Still, the Kurdish forces have made significant wins in the battles against the IS in eastern Syria with the help of the US-led coalition, which made it a target of frequent explosions by the extremist group.