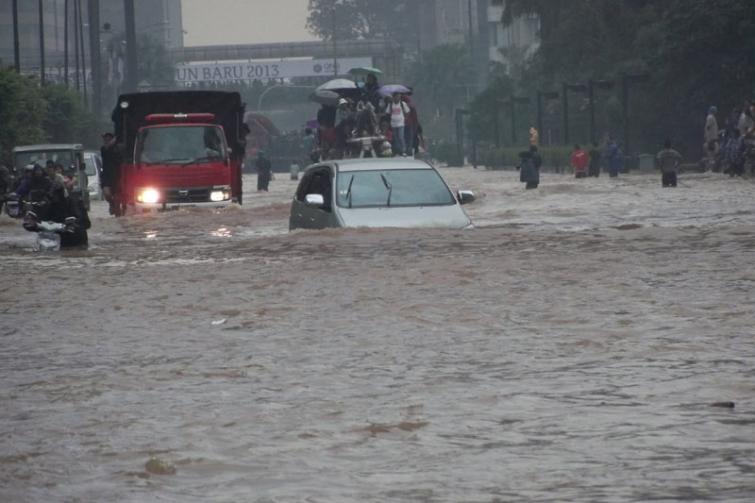 Jakarta, Apr 28 (Xinhua/UNI) A total of 12 people were killed, eight others went missing and almost 15,000 people took shelters as floods and landslides hit the Indonesian capital of Jakarta and Bengkulu province in western parts of the country, disaster official said on Sunday.

Ten out of the total casualty number and all the missing persons were in the province which has been stricken by floods and landslides since Friday after torrential rains poured down, spokesman of national disaster management agency Sutopo Purwo Nugroho said.


In the country's capital, floods did not hamper business activities as they did not reach the center of business, the spokesman told Xinhua in a text message.


Floods and landslides have been striking most of the districts in Bengkulu province since Friday, and a day earlier for Jakarta, Sutopo added.
By Sunday, although waters have started to recede, they are still submerging residential areas in the province, he said.


Two people sustained serious wounds and two others got minor injuries in the province.


Indonesia is frequently hit by floods and landslides during heavy downpours.