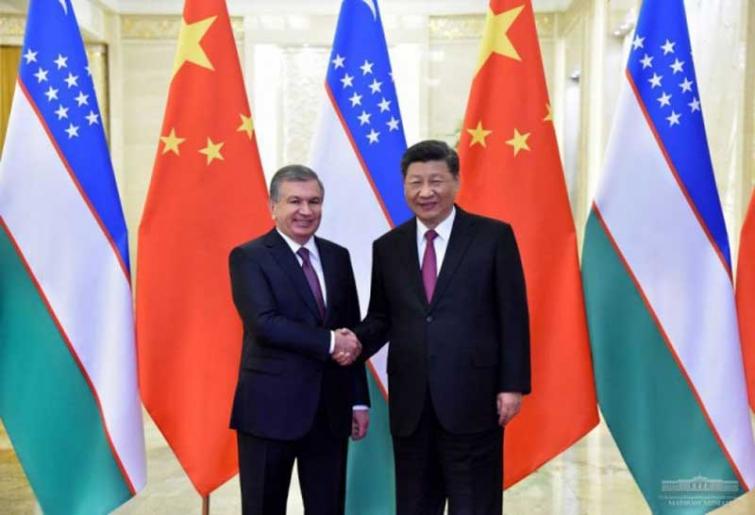 Uzbekistan President in China for the One Belt One Road forum, meets with the PRC President

(Tashkhet/Beijing), Apr 26 (IBNS): President of the Republic of Uzbekistan Shavkat Mirziyoyevm, who is visiting People’s Republic of China (PRC) between April 24 and 27, met President Xi Jinping on Thursday.

President Shavkat Mirziyoyevm is in China to take part in the second International Forum “One Belt, One Road” at the invitation of President Xi Jinping.

According to the Press Service of the President of the Republic of Uzbekistan, the Chinese leader warmly welcomed the visit of Shavkat Mirziyoyev to the PRC and emphasized that the Chinese side appreciates the level of cooperation with Uzbekistan.

The Chinese President said that his country is firmly committed to further deepening relations of comprehensive strategic partnership between the two countries, according to reports.

The President of Uzbekistan expressed appreciation for the invitation to the international forum, and said that this event is important for development of both bilateral and regional cooperation.

Shavkat Mirziyoyev congratulated the President of the People’s Republic of China and the Chinese people on the upcoming 70th anniversary of the founding of PRC.

The leaders affirmed that Uzbekistan and China are comprehensive strategic partners.

According to reports, it was said that Tashkent supports Beijing’s foreign policy and a principled position on One China issues, the ongoing struggle against terrorism, extremism and separatism.

Reports further said that the PRC leader welcomed the reforms and regional policy of Uzbekistan implemented in the country.

China is one of the largest trade, economic and investment partners of Uzbekistan.

The trade turnover is consistently growing, having exceeded 6.4 billion dollars last year, and has grown by 50 percent in the first quarter of 2019, according to media reports. 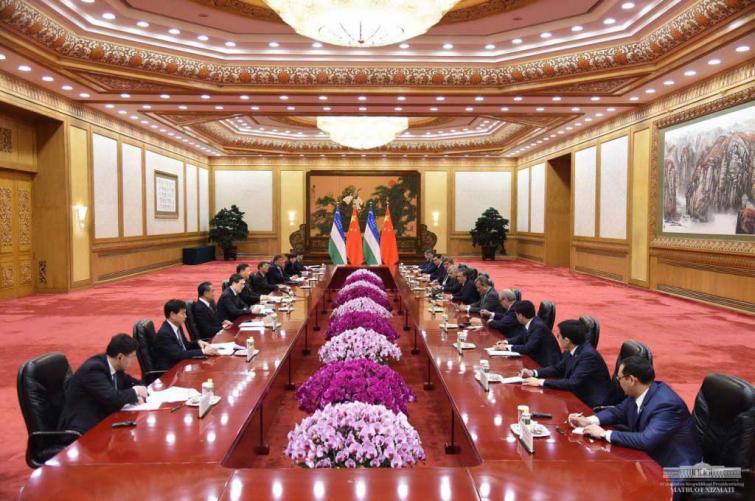 Projects worth more than 4.5 billion dollars are being implemented according to the agreements reached following the state visit to the PRC in May 2017, according to reports.

Issues of further expansion and diversification of trade were discussed at the meeting of the two leaders, the Press Service report said, and mutual interest in bringing the trade turnover to 10 billion dollars in the coming years was expressed.

The Head of Uzbekistan fully supports the Belt and Road Initiative and is ready to make a practical contribution to its full-scale implementation, the Press Service report said.

The media also reported that the PRC President expressed confidence that the participation and initiatives of Tashkent within the framework of the project will contribute to comprehensive deepening of China’s mutually beneficial cooperation with Uzbekistan and Central Asia as a whole.