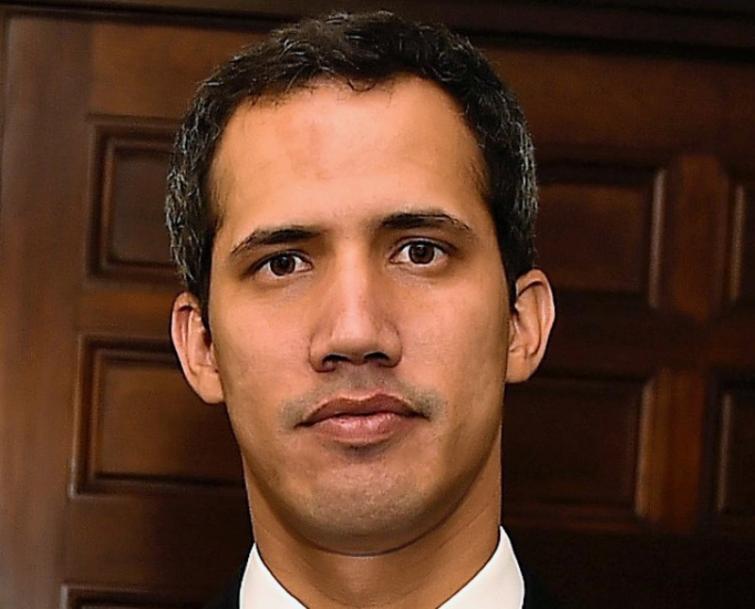 Washington, Apr 24 (Sputnik/UNI) Members of a US activist group are willing to risk arrest to protect the Venezuelan Embassy in Washington from being taken over by officials from opposition leader Juan Guaido’s so-called government, group member Kevin Zeese told Sputnik.

The Embassy Protection Collective activist group has been living inside the Venezuelan Embassy in the United States for the past two weeks working with diplomats who were ordered to leave by April 24. Venezuelan President Nicolas Maduro has accused President Donald Trump’s administration of trying to orchestrate a coup and install Guaido as a puppet so Washington can control the country’s oil resources.


"The main purpose is to stop the takeover of the Embassy by the opposition, the fake government that President Trump is trying to put forward as part of the coup… We plan to stay, we plan to resist, we'll risk arrest if necessary," Zeese, a lawyer and activist, told Sputnik on Tuesday.


Zeese said Thursday is the likely day when police and perhaps opposition figures try to take possession of the embassy. The group, he added, plans to have people outside the Embassy protesting as well as inside the Embassy resisting.


"The United Nations still recognizes the Maduro government. So they are the legitimate government of Venezuela recognized by the world…. which makes it outrageous that the United States would take this Embassy. It's very important for the credibility of this action that they are the UN-recognized government. That's who we are here with permission of," Zeese explained.


Zeese said the activist group has been in contact with the Venezuelan Foreign Ministry and secured their permission to stay at the Embassy prior to arriving two weeks ago. The activists are in constant communication with the Venezuelan Embassy staff and plan to remain in touch after the diplomats' departure, he added.


Zeese described the accommodations as "very comfortable," noting that the group members have access to showers, a kitchen, and couches to sleep on. Many of the group members, he added, even have their own individual rooms.


The group has used the building as their work space during the day while holding nightly "political education" events, Zeese said, which have been attended by anywhere from fifteen to one hundred people on a regular basis.


The activist leader stressed that the Embassy Protection Collective will not leave the Embassy grounds until the United States works out an agreement with the Venezuelan government.


In January, Guaido illegally attempted to declare himself interim president of Venezuela after disputing Maduro’s reelection victory in May.

Washington immediately endorsed Guaido, called on Maduro to step down and seized billions of dollars’ worth of the country’s oil assets.


UN special rapporteurs and human rights lawyers have described US economic sanctions on Venezuela as war crimes that could lead to starvation and medical shortages.


Russia, China, Cuba, Bolivia, Turkey and a number of other countries have voiced their support for Maduro as the only legitimate president of Venezuela.