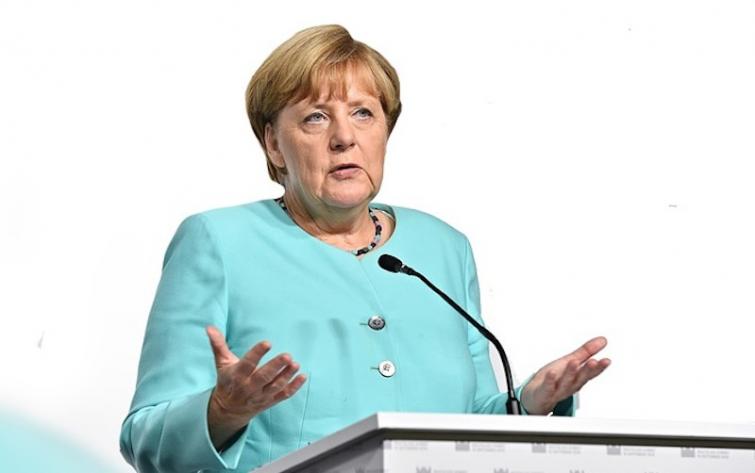 Merkel to host May in Berlin for Brexit talks

Berlin, Apr 8 (Xinhua): German Chancellor Angela Merkel will meet British Prime Minister Theresa May on Tuesday to discuss a way out of the deadlock of the Brexit process, a German spokesman said on Monday.

May is to meet Merkel in Berlin to discuss the state of the Brexit process, said German federal government spokesman Steffen Seibert on Monday's regular press conference.

Seibert emphasized that in these difficult times of transition, it is important to preserve the unity of the 27 remaining EU states, especially if a decision has to be taken on an extension.

Seibert said the main talks on the request for a delay would be with the EU member states in Brussels on Wednesday but that it made sense for Britain and Germany to talk before the summit.

Merkel reiterated for several times that she wants to avoid an unorderly Brexit, or a no-deal Brexit.

The two leaders may discuss an extension of the deadline for Britain's departure from the bloc, as the country is currently scheduled to leave on April 12.