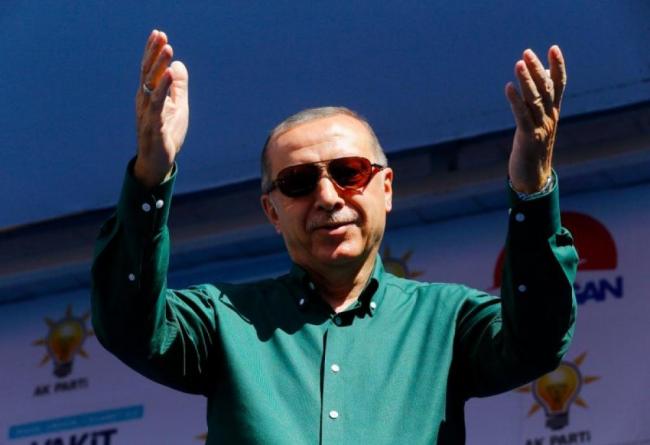 Ankara, Mar 24 (Xinhua/UNI) Turkish President Recep Tayyip Erdogan said that Turkey will take the issue of US recognition of Israeli sovereignty over Golan Heights to the United Nations.

US President Donald Trump's statement on Golan Heights is a "gift" to Israeli Prime Minister Benjamin Netanyahu ahead of parliamentary elections set for April, Erdogan said in an interview with local broadcaster TGRT Haber on Sunday.


On Thursday, Trump said it was time for the United States to fully recognize Israel's sovereignty over the Golan Heights, triggering strong criticism and condemnation across the world.


Earlier on Sunday, Israeli Foreign Minister Israel Katz tweeted that Trump will sign an official document to recognize Israel's sovereignty over the Golan Heights when he meets Netanyahu in Washington on Monday.


Erdogan voiced against the US move on Friday, noting that the legitimization of the occupation of the Golan Heights cannot be allowed.