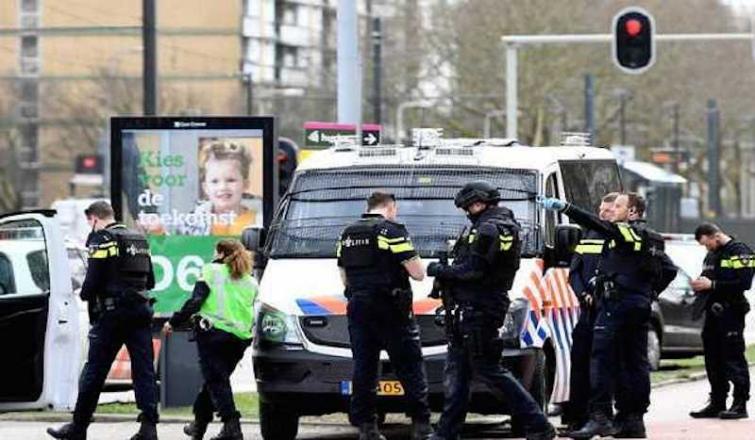 Utrecht, Mar 18 (IBNS/UNI): Three persons were died and nine injured when a gunman opened fire inside a tram and at other locations in the Dutch city of Utrecht on Monday, police said.

Police in Utrecht are searching for a 37-year-old man in connection with shooting in the city which is being investigated as a possible terrorist attack.

The accused has been identified as Turkey-born Gökmen Tanis.

"Very disturbing news," Prime Minister Mark Rutte told Dutch public broadcaster NOS and that he was "deeply concerned". The national coordinator for counter terrorism and security has increased the threat level for the province of Utrecht to 5, the highest threat level.

Police have advised citizens to stay indoors and not go near Channel Island.

Heavily armed police reportedly gathered outside a house on a street near the 24 Oktoberplein junction, where the tram attack took place.

Trains are also not allowed to run into Utrecht Central station, and mosques across the city have reportedly been closed due to security concerns.

Police have increased security at airports throughout the Netherlands.