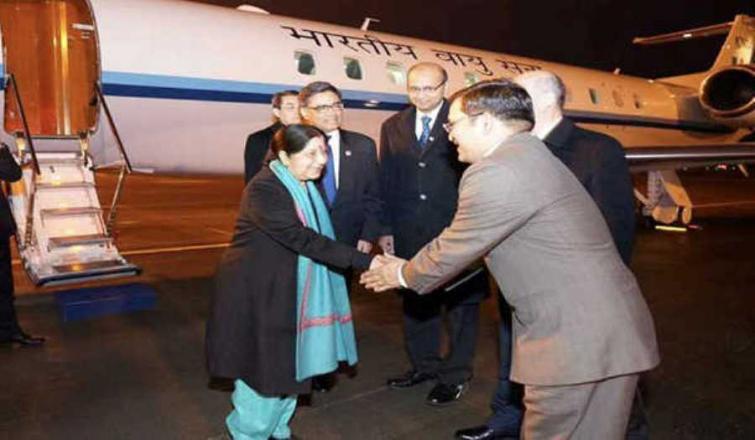 Swaraj is here to take part at the 16th Foreign Ministers Meeting of Russia, India and China (RIC) grouping.

Terrorism will be at the top of the agenda at the deliberations at the strategically important Foreign Ministers meet of trilateral group RIC.

Earlier on her arrival, she was received by Indian ambassador to China Vikram Misri.

This is External Affairs Minister's first overseas visit and attending a multi nation group deliberation after India carried out a massive aerial strike on Tuesday destroying a key terrorist hub at Balakot in Pakistan.

Besides the three-nation RIC deliberations, Swaraj is also expected to hold bilateral meetings with the Russian Foreign Minister Sergey Lavrov.

According to MEA sources, the Ministers are expected to exchange views on the global situation, regional developments of common concern, address global challenges such as terrorism and discuss trilateral exchanges and activities.

It may be recalled that the last RIC Foreign Ministerial meeting was held in New Delhi on December 11, 2017.