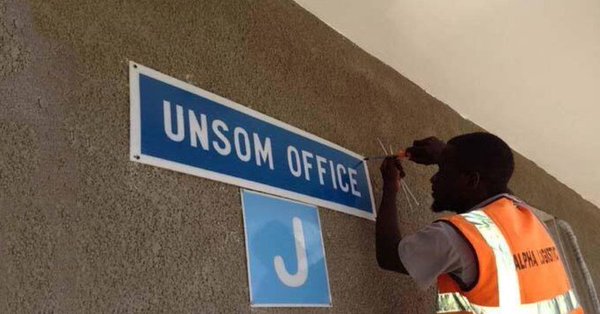 Seven mortars landed inside the compound, injuring two UN staff members and one contractor. None of the injuries is life-threatening.

Guterres wished the injured a speedy recovery and urged the Somali authorities to “investigate the attacks and swiftly bring those responsible to justice.”

The Secretary-General reaffirmed that “such acts will not diminish the strong resolve of the United Nations to continue supporting the people and Government of Somalia in their efforts to build peace and stability in the country.”

Al-Shabaab has reportedly claimed responsibility for the attack.Meanwhile, Nicholas Haysom, his Special Representative in the country and head of the Assistance Mission UNSOM, condemned the attack “in the strongest possible terms.”

Deploring the “unwarranted act of aggression against our personnel,” Haysom stressed that “no political agenda can be served through violence that deliberately targets staff members of international organizations who are supporting the consolidation of peace and the strengthening of governing institutions in Somalia.”

Hours later, news media reported that the Somali Government declared Haysom persona non-grata and asked him to leave the country, saying that he violated international diplomatic norms by interfering in the State’s national sovereignty.

The unfolding news reports detailed that on Monday, the UN diplomat wrote the Somali government a letter asking it, among other things, to explain the legal basis for arresting Mukhtar Robow, the former al-Shabab deputy leader who was the main challenger in the South West State elections for regional presidency.