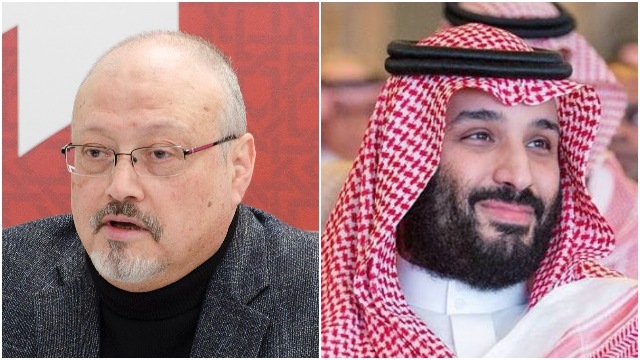 The CIA has concluded that Saudi Crown Prince Mohammed bin Salman personally ordered the killing of journalist Jamal Khashoggi, despite the Saudi government's denials that the de facto ruler was involved, a senior US official told CNN.

The senior US official told CNN on Friday the conclusion is based on a recording provided by the Turkish government and other evidence, including American intelligence.

Investigators also believe an operation such as the one that ended in Khashoggi's death would not have happened without bin Salman's knowledge given his control of the government, the senior US official told the American news channel.

A Saudi Embassy spokeswoman was quoted as saying in a statement that "the claims in this purported assessment are false. We have and continue to hear various theories without seeing the primary basis for these speculations."

Meanwhile reacting to the death of the journalist, US Vice-President Mike Pence was quoted as saying by BBC that the US was "determined to hold all of those accountable who are responsible for that murder".

The journalist was killed in the Saudi consulate in Istanbul on Oct 2.

However, his body has not been found so far. After weeks of denial, Saudi Arabian authorities finally revealed last month that Khashoggi was dead.

He lived in a self imposed exile and was a fierce critic of Saudi Crown Prince Mohammed Bin Salman, questioning his 'one man show' tactics.

The journalist was visiting the consulate to get paperwork for his upcoming marriage.