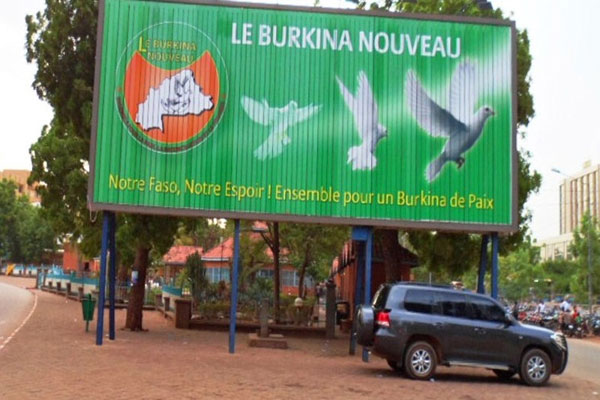 India Blooms News Service | | 07 Nov 2014, 01:57 pm
#Burkina Faso
New York, Nov 7 (IBNS) United Nations Secretary-General Ban Ki-moon on Thursday welcomed the adoption of a new agreement by BurkinabÃ© stakeholders which would see the West African country head towards a democratic transition in the wake of the recent constitutional crisis there.

In a statement attributable to his spokesperson,  Ban congratulated the people of Burkina Faso on the adoption of an agreement on the principle of a one-year civilian-led transition, resulting in the holding of democratic elections in November 2015.

“The Secretary-General commends all Burkinabé stakeholders for their sense of responsibility and for their willingness to engage in constructive dialogue,” said UN spokesperson Stéphane Dujarric, briefing the press at UN Headquarters this afternoon.

“He further encourages all parties to continue to use dialogue to rapidly reach an agreement on an eminent civilian personality to lead the transition process.”

Thousands of Burkinabé protesters took to the streets last week in the capital of Ouagadougou, facing off with security forces outside the presidential palace amid deadly violence that included the ransacking of Government buildings and the state television headquarters.

Following the violence, former President Blaise Compaoré announced his resignation, ending his 27-year stay in office, and handed power over to the military.

The Secretary-General also applauded the joint mediation efforts which united the UN, the African Union, the Economic Community of West African States (ECOWAS), and the Presidents of Ghana, Nigeria and Senegal, in bringing “a smooth and peaceful transition in Burkina Faso.”