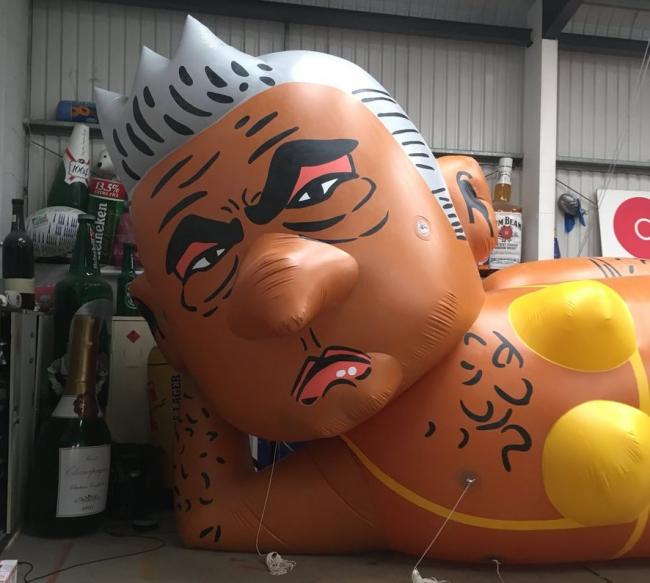 London, Aug 30 (IBNS): A caricature of London Mayor Sadiq Khan in a giant balloon is all set to fly over Parliament Square on Sept 1.

The caricature will be a bikini-clad blimp of Sadiq Khan.

This is a crowdfunded campaign, which was initiated by Yanny Bruere, a British free speech advocate who runs a movement called Make London Safe Again.

He claims that under Khan’s tenure, crimes in London have "skyrocketed."

Bruere invited all with a post on Twitter where he added a bikini clad photograph of Sadiq Khan and wrote 'Sadiq Khan is having a beach party and you are all invited.'

Official event for the @SadiqKhan giant balloon. Let's get as many here as possible!!
https://t.co/EKYSjdMxxn pic.twitter.com/HUO6MGpde5

Earlier,  a balloon depicting United States President Donald Trump as a baby was flown in London to protest against his visit to the United Kingdom.