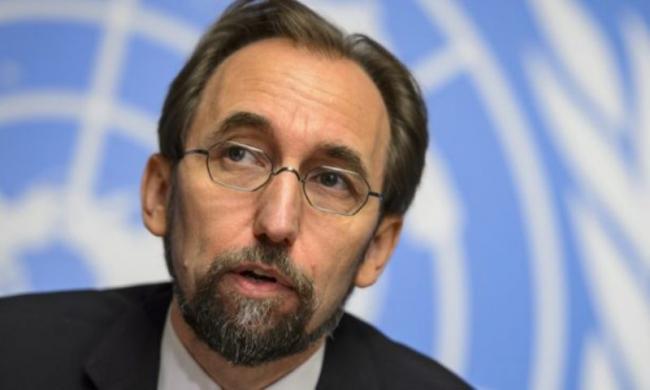 "She was in a position to do something," Zeid said in an interview with the BBC's Imogen Foulkes.

"There was no need for her to be the spokesperson of the Burmese military. She could have said look, you know, I am prepared to be the nominal leader of the country but not under these conditions," he added.

Earlier this week, a United Nations report said that military leaders in Myanmar should face genocide charges, over the latter's role in the violent Rakhine clash last year.

However, the report was strongly rejected by Myanmar.

Government spokesman Zaw Htay said that Myanmar did not agree or accept any report published by the UN Human Rights Council.

"We didn't allow the FFM [the UN Fact-Finding Mission] to enter into Myanmar, that's why we don't agree and accept any resolutions made by the Human Rights Council," Htay told local Global New Light.

He said that the country has its own independent enquiry commission to respond to the "false allegations made by the UN agencies and other international communities".

Meanwhile, the Nobel committee said on Wednesday that the prize awarded to Suu Kyi in 1991, cannot be taken back.

While reports have clearly stated that Suu Kyi did not control the military, she faced a lot of criticism for failure to condemn the country's forces.

The Rohingya issue, which made headlines last year, has displaced over 700,000 people. The violence has also killed thousands.