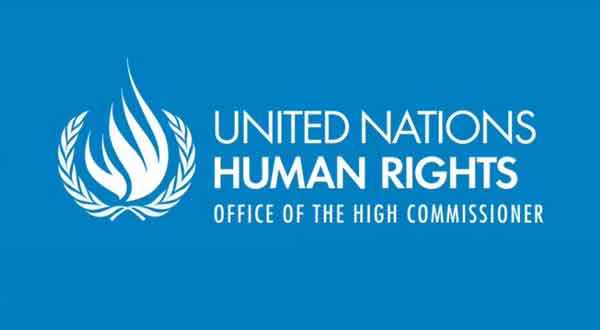 “We welcome the fact that prosecutions were finally brought, putting an end to the cycle of impunity that prevailed since 2007 and aggravated the suffering of victims and their families,”said Patricia Arias, who currently heads the five-member group of independent human rights experts. “However, such examples of accountability are the exception rather than the rule,” Ms. Arias said. “The difficulty in bringing a prosecution in this case shows the need for an international treaty to address the increasingly significant role that private military companies play in transnational conflicts,” she said. The expert body’s appeal comes seven years after the killing of 17 Iraqi civilians, including children, by Blackwater personnel in Baghdad’s Nissour Square. On 22 October, four Blackwater contractors involved in the killings were prosecuted and convicted of manslaughter and murder by U.S. federal jury. The UN working group has focused specific attention on the need for an international convention to effectively regulate corporate actors whose operations pose potential threats to human rights. “The outsourcing of security to these companies by States create risks for human rights, hence the need to regulate their activities,” Ms. Arias said. Given the transnational nature of many private military and security companies’ activities and the flexible corporate structures in the industry, Ms. Arias’ group has advocated for the international community to reach some consensus on the minimum standards of regulation of private military and security companies. “The prosecutions of Blackwater contractors signal that human rights violations committed by private military and security companies cannot remain unpunished, and provide a strong deterrent against their repetition,” Ms. Arias said. The Working Group on the use of mercenaries as a means of violating human rights and impeding the exercise of the right of peoples to self-determination was established in 2005 by the then Commission on Human Rights. It is composed of five independent experts serving in their personal capacities: Ms. Patricia Arias (Chairperson-Rapporteur, Chile), Mr. Anton Katz (South Africa), Mr. Gabor Rona (United States/Hungary), Ms. Elzbieta Karska (Poland) and Mr. Saeed Mokbil (Yemen). “There can be no justice without effective accountability and redress mechanisms for victims,” Ms. Arias said. “States have a responsibility to ensure that victims and their families have equal and effective access to justice, as well as adequate, effective and prompt reparation for the harm suffered.” The UN human rights experts are part of what is known as the Special Procedures of the Human Rights Council. Special Procedures, the largest body of independent experts in the UN human rights system, is the general name of the independent fact-finding and monitoring mechanisms of the Council that address either specific country situations or thematic issues in all parts of the world. Special Procedures’ experts work on a voluntary basis; they are not UN staff and do not receive a salary for their work. They are independent from any government or organization and serve in their individual capacity.