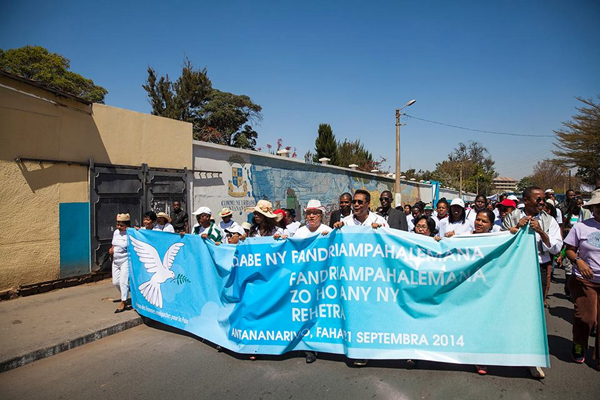 In a statement delivered by UN spokesperson, Stéphane Dujarric, the Secretary-General noted the former President's 13 October return to Madagascar from South Africa, where he had been living since 2009, and stressed the “imperative of respecting the legitimacy of the democratically-elected Government and the rule of law.”

In a press conference upon his return to his native country, Mr. Ravalomanana had, in fact, called into question the institutions born of Madagascar's recent elections.

In 2011, the Indian Ocean nation's political parties signed a political roadmap in an agreement brokered by mediators from the Southern African Development Community (SADC), and which allowed for Mr. Ravalomanana's eventual unconditional return from exile.

A previous power-sharing deal reached by Madagascar's main political groups in late 2009 foundered before it could be implemented.

In his statement, the Secretary-General called on all political actors and stakeholders “to continue working together towards an inclusive national reconciliation process, the full implementation of the SADC [Southern African Development Community] Roadmap, the deepening of democratic governance and economic recovery for the good of all Malagasies.”

A walk organized by women in Madagascar for peace and democracy. Photo: UNDP Madagascar