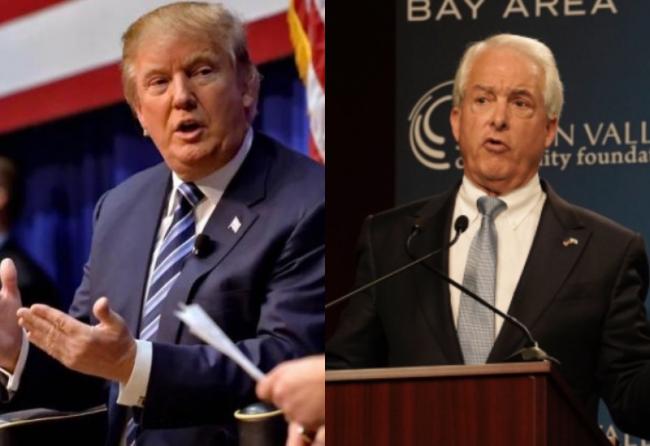 Washington, May 19 (IBNS): US President Donald Trump has thrown his weight behind Republican John Cox, who is in the race to be the next governor of California.

"California finally deserves a great Governor, one who understands borders, crime and lowering taxes. John Cox is the man - he’ll be the best Governor you’ve ever had. I fully endorse John Cox for Governor and look forward to working with him to Make California Great Again!" his tweet read.

Ironically, Cox did not vote for Trump in the 2016 elections, however, he said he's thrilled to receive support from the US Preisdent.

"I am looking forward to working with [the president] to make California great again," Cox said. "Like the President, I'm a businessman who knows how to get things done. We're going to secure the border, empower California small businesses, lower taxes, and make our state affordable for everyone."