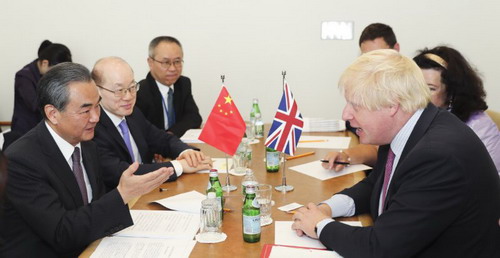 The Chinese leader will visit the Asian nation from May 2 to 3.

Chinese State Councilor and Foreign Minister Wang Yi will pay a visit to the Democratic People's Republic of Korea (DPRK) from May 2 to 3, said Foreign Ministry spokesman Lu Kang was quoted as saying by Xinhua news agency.

"Wang is visiting at the invitation of the DPRK Foreign Minister Ri Yong Ho, according to Lu," reported the Chinese news agency.

The meeting between the two neighbours occurred just days ahead of Kim's scheduled interaction with US President Donald Trump.