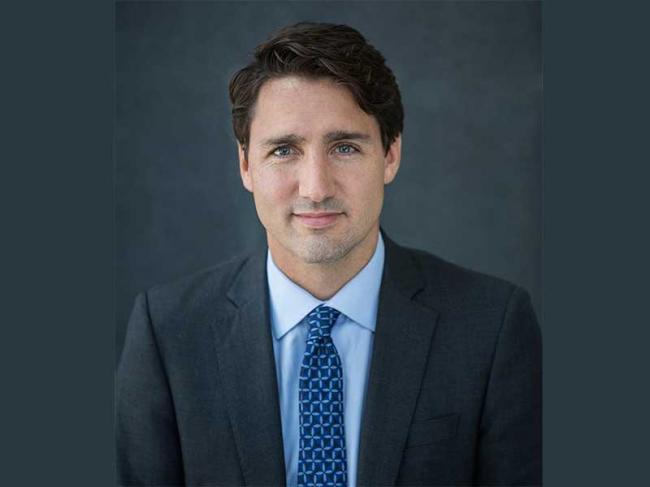 Sudden drop in Liberal support by 33 percent, and the rise  to 38 percent in Conservatives had resulted in Canada's New Democratic Party (NDP) earning the support of one voter in five.

All Ipsos polls, until last week, reportedly showed the Liberals and the Conservatives maintained the same position as on night of election of Trudeau as prime minister of Canada in 2015.

The Omar Khadr affair, Andrew Scheer becoming Conservative leader, Jagmeet Singh becoming leader of the NDP did not have any impact on Trudeau's reputation.

Khadr, a Canadian was detained by the United States at Guantanamo Bay for ten years had sued the Canadian government for infringing his rights under the Charter of Rights and Freedoms and lawsuit was settled in 2017 with a $10.5 million (USD 8 million) payment and an apology by the federal government.

Andrew James Scheer, a Canadian politician who was elected Leader of the Conservative Party of Canada in 2017 strongly opposed the federal carbon tax stating that he would balance the federal budget within two years of forming a government.

Liberal's downfall had many more causes including:Trudeau's India trip which had gained strong public disapproval of his performance; support for the grits had tanked in the Prairie provinces; and Trudeau's dragging of NAFTA talks with US President Trump with no result till date.

In Ontario also the Conservatives were reportedly seven points ahead of the Liberals.

"If I were the Liberals I would be worried about their support in Ontario," says Henry Jacek, a political scientist at McMaster University in Hamilton. "I do think that the shift in public opinion is substantial and started even before the India trip."

Alberta voters, especially, blame the federal Liberals for the lack of progress in getting Trans Mountain pipeline  built.

Besides, Canadians are disappointed with the recent federal budget delivered by Finance Minister Bill Morneau which reportedly did not show any promise of balancing the budget.

A Nanos poll released Tuesday reportedly showed that the Liberals had a narrow lead over the Conservatives.

But internal government surveys reportedly showed that voters were concerned about the deficits run up by the Trudeau government and Liberals reportedly going after the wrong priorities such as Trudeau's NAFTA talks with the United States.