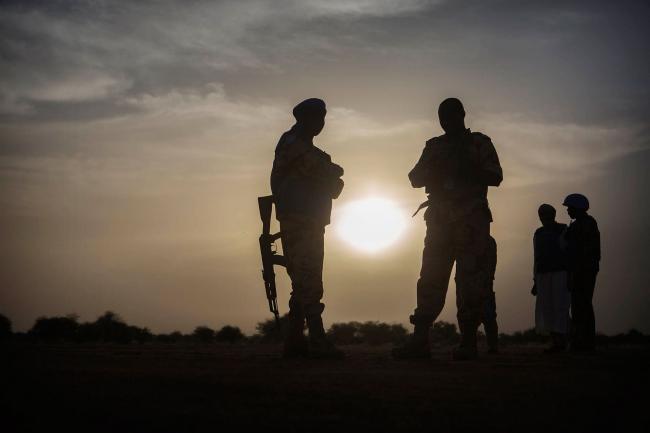 Service and Sacrifice: Chadian peacekeepers on a UN mission for peace in Mali

New York, Jan 25 (JEN):  As Tahir and his fellow Chadian peacekeepers set out on their daily patrol through the dusty streets of Kidal, in northern Mali, the question he faces is always the same – will he and his team return safely to the United Nations base?

“Many of my friends have died here in Mali. We lived together, ate together. Unfortunately, they lost their lives here,” said Chief Sergeant Mahamat Tahir Moussa Abdoulaye.

The UN peacekeeping mission in Mali, known by its French acronym MINUSMA, has become one of the most dangerous peace operations in the Organization’s history. Since 2013, 155 peacekeepers have lost their lives in the West African nation.

“Many of those who came here in this UN Mission are dead, others will have the scars of their wounds for life,” Tahir said, referring to his fellow Chadians who have served with MINUSMA.

According to the Secretary-General’s most recent report on Mali, over the course of 2017, the security situation there worsened and attacks against MINUSMA and Malian defence and security forces increased and intensified.

The Chadians, in particular, have paid a heavy price. As of the end of 2017, of the 57 fatalities suffered by Chadian military and police while serving with the UN, 47 have occurred in Mali since 2013.

“UN peacekeeping – and the millions we serve – rely on Member States of the UN to provide the personnel and resources to ensure that our operations can effectively protect civilians and support political processes in some of the world’s most dangerous and complex environments,” said Jean-Pierre Lacroix, Under-Secretary-General for Peacekeeping Operations. “Our Mission in Mali continues to work tirelessly to help bring peace to the country.”

“In the true spirit of the United Nations Charter, Chad has stepped up to provide protection to people in conflict,” he added. “We pay tribute to the Chadians who have made the ultimate sacrifice in the service of peace, and thank the people and Government of Chad for their continued partnership with the UN and their commitment to peace,” he added.

Given the increasingly challenging nature of on Wednesday ’s conflicts and the high number of recent peacekeeper casualties, the United Nations is actively engaged in seeking solutions that will reduce fatalities, improve the safety and security of our personnel and improve the overall performance of UN peacekeeping operations to protect the vulnerable and nurture a fragile peace.

Before being deployed with MINUSMA, Tahir had already fought against the Boko Haram terrorist group in Chad and Nigeria. “We are born warriors, we are born in war and we have always heard the sound of gunfire.”

But as he tells his contingent: “As peacekeepers, we are not here on a war mission, but on a mission for peace.”

As conflicts have evolved, so too has the role of peacekeeping operations; once required to monitor and observe ceasefires, on Wednesday ’s peacekeeping operations must perform a range of functions, including protection of civilians, promoting the rule of law, upholding human rights, supporting credible elections, building institutions of governance, supporting disarmament efforts and minimising the risk of unexploded ordinance.

On Wednesday , some 110,000 peacekeepers from more than 120 countries, serve in 15 peacekeeping operations around the world. Operating in highly volatile environments far away from their families, peacekeepers make sacrifices in the service of peace every day.

For Tahir and thousands like him, the reward is in the knowledge that men, women and children in these areas are safer as a result of their work.

This is the first in a series of stories by UN News as part of a campaign highlighting the contributions and sacrifices of the men and women who serve around the world in UN peace operations.