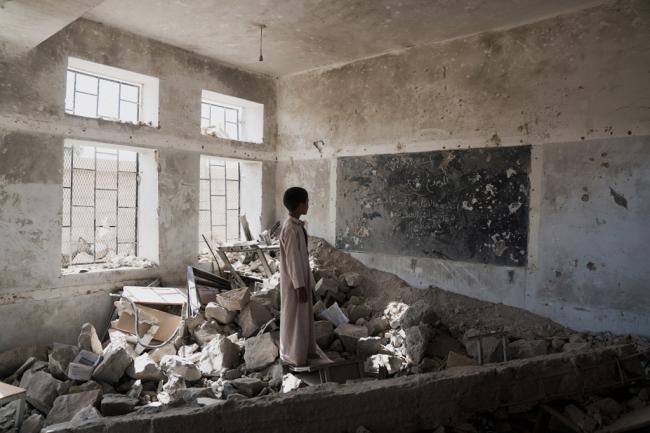 New York, Jan 22 (JEN): With the crisis in war-ravaged Yemen continuing to deteriorate, United Nations agencies and humanitarian partners have launched a $2.96 billion response plan to reach over 13 million people with lifesaving assistance.

Launched Sunday, the 2018 Yemen Humanitarian Response Plan is the largest consolidated humanitarian appeal for Yemen – where over two years of relentless conflict has left three quarters of the population in need of humanitarian assistance, including 11.3 million in acute need who urgently require assistance to survive.

“Humanitarian assistance is not the solution to the plight of the people of Yemen, but it is the only lifeline for millions of them,” said Jamie McGoldrick, Humanitarian Coordinator in Yemen, in a news releasing announcing the launch.

“Today, humanitarian partners appeal to the international community to support this critical lifeline.”

Worst affected in the midst of the worst man-made humanitarian of current times are the country's children.

According to the UN Office for Coordination of Humanitarian Affairs (OCHA), nearly two million children are out of school, and 1.8 million children under the age of five are acutely malnourished – including 400,000 suffering from severe acute malnutrition and are 10 times more likely to die if they do not receive medical treatment.

The Humanitarian Response Plan targets people in acute need or at risk of slipping into acute need.

It also focuses on needs of internally displaced people, returnees and host communities in a more sustainable manner and on working with national institutions, added OCHA.

“A strategic priority for the 2018 Yemen Humanitarian Response Plan is to work with national institutions that provide essential services to prevent their collapse,” said Mr. McGoldrick.

“We thank donors for their support in 2017, and urge them to support the people of Yemen as they continue to face unprecedented needs,” he added.