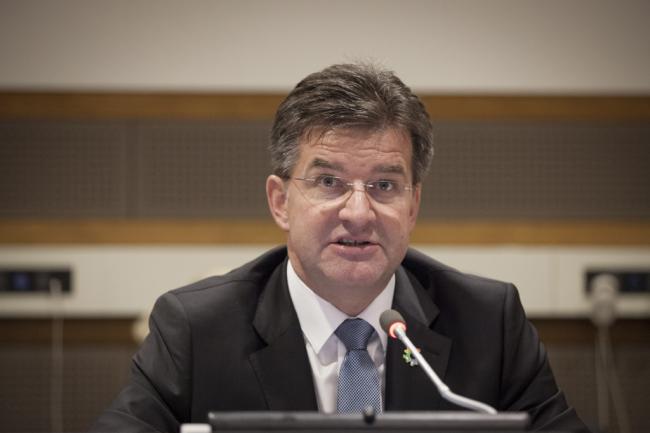 New York, Jan 19 (JEN): Conflict is not always linear, with a clear beginning, middle and end, the President of the United Nations General Assembly said Thursday, urging a new approach to peace that requires action at all stages of the conflict cycle.

“We are no longer dealing only with tanks, planes, and uniformed troops,” Miroslav LajÄák told a two-day regional forum on ‘Sustaining Peace’ held in Doha, Qatar, explaining that other factors, such as terrorism, growing internal violence, new technology and climate change, have transformed the faces of conflict and peace.

He stressed that action is needed when there are warning signs of conflict, when political tensions are on the rise, when human rights are being violated, when there is some hope of peace, amid conflict, when warring parties show any kind of willingness to talk, when a peace deal has been signed, when infrastructure needs to be rebuilt, and when a society is trying to patch itself back together.

“Sometimes we separate these into stages of prevention, mediation and peacebuilding. Other times we refer to them all as the peace continuum. But the magic of ‘Sustaining Peace’ is that all of them are brought together, under one umbrella, and one new approach,” he said.

This new approach, ‘Sustaining Peace,’ was adopted by the General Assembly and the Security Council in April 2016, breaking new ground. One milestone along the way will be the expected publication next month of the UN Secretary-General’s report on the subject.

The Assembly President will also convene a High-Level Meeting on Sustaining Peace on 24 and 25 April, in New York.

A recent UN-World Bank report noted that conflict can kill a chance of progress from many areas – from development and poverty reduction, to health and education. The report also pointed out that, even with cautious estimates, more investment in conflict prevention could save the international community $1.2 billion per year. And the benefits would be even more significant at the national level. Because, prevention could save countries over $34 billion in losses.

At the moment, UN resources for peace are concentrated on military peacekeeping missions, and there is a chronic shortfall of funding to build or preserve peace, he said, noting that this affects activities for conflict prevention, mediation and peacebuilding.

He hopes that at the high-level meeting in April can provide a platform for this, leaders from all over the world will voice their commitment to making financing for Sustaining Peace stronger, and more predictable.

LajÄák also stressed the importance of partnerships. Within the UN system, silos between humanitarian and development work must be torn down, he said, highlighting the need for partnerships between the UN and other actors, including civil society, academia, regional and sub-regional organizations, regional development banks, and international financial institutions.

Finally, LajÄák underscored the need to do more to showcase best practices. “Sustaining Peace ishappening. But it is the exception – not the norm,” he said.