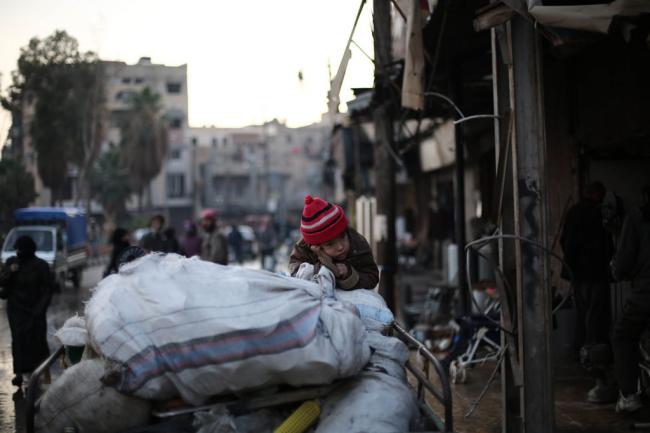 New York, Jan 11 (JEN): The United Nations human rights chief on Wednesday condemned an upsurge in civilian casualties in Eastern Ghouta in Syria amid the recent escalation in airstrikes and ground-based attacks by Government forces and their allies, noting that at least 85 civilians have been killed since 31 December.

“The suffering of the people of Syria knows no end,” said UN High Commissioner for Human Rights Zeid Ra'ad Al Hussein, noting that residential areas in Eastern Ghouta on the outskirts of the nation's capital, Damascus, are being hit day and night by strikes from the ground and the air, forcing civilians to hide in basements.

He stressed that all parties are obliged under international law to distinguish between lawful military targets and civilians and civilian objects.

Since 31 December, at least 85 civilians, including 21 women and 30 children, have been killed and at least 183 injured in Eastern Ghouta, where at least 390,000 civilians have been living under siege for four years, according to information gathered by the Office of the UN High Commissioner for Human Rights (OHCHR).

Armed opposition groups also continue to fire rockets into residential areas in Government-controlled Damascus. On 4 January, a rocket fired into Old Damascus hit the vicinity of a bakery, reportedly killing a woman and injuring 13 other civilians.

The High Commissioner also noted that the failure to evacuate urgent medical cases from Eastern Ghouta runs contrary to its international humanitarian law obligations to collect, care for, and take measures to evacuate the sick and wounded.

In Idlib, ground attacks and airstrikes have escalated as a rapidly-moving Government offensive gains momentum, jeopardizing the safety of hundreds of thousands of civilians, said Zeid, noting that an explosion on 7 January reportedly killed 28 civilians.

Both Eastern Ghouta and Idlib are considered “de-escalation areas” brokered in May by Iran, Russia and Turkey under the Astana process, with the stated aim to put a prompt end to violence and improve the humanitarian situation.

“I repeat my call for the parties to ensure strict adherence to international law including by ensuring the protection of civilians from the effects of hostilities and to allow unhindered access by humanitarian agencies to provide badly needed aid,” said Zeid.