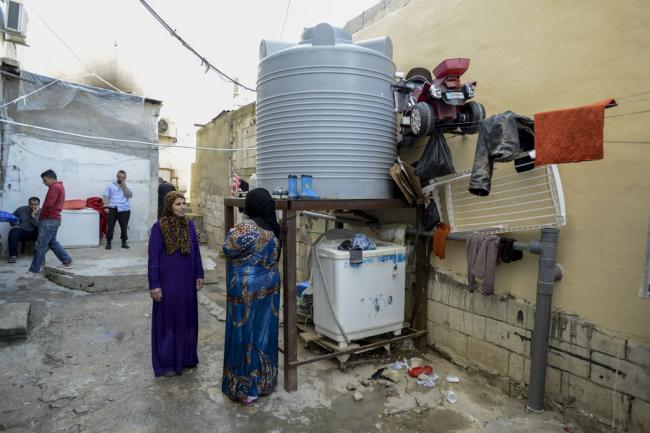 New York, Jan 10 (JEN): More than half the war-weary Syrian refugees in Lebanon are living in extreme poverty and borrowing money for food and to pay rent has become commonplace, the United Nations reported Tuesday.

This news came with a warning that more of these refugees find themselves dependent on international aid amid an uncertain outlook for humanitarian funding in 2018.

“Seven years into the crisis, Syrian refugees in Lebanon are finding it increasingly more difficult to make ends meet [and] are more vulnerable than ever, William Spindler, spokesperson of the Office of the UN High Commissioner for Refugees (UNHCR), told reporters at the regular press briefing in Geneva.

He was briefing on the annual Vulnerability Assessment of Syrian Refugees (VASyR), carried out by UNHCR, the UN Children's Fund (UNICEF) and the World Food Programme (WFP), which showed that 58 per cent of households are currently living in extreme poverty – on less than $2.87 per person per day.

“And the number of households living below the overall poverty line – less than $3.84 per day – has also continued to rise,”  Spindler explained, noting that 76 per cent of refugee households live below that level.

Borrowing money for food, to cover health expenses and pay rent continues to be extremely common, with almost nine out of 10 refugees saying they are in debt.

While food insecurity remains critically high, other vulnerabilities continue to grow, such as obtaining legal residency – leaving refugees exposed to an increased risk of arrest and hindering access to work, school or health care.

“Overall,” Spindler said, 74 per cent of surveyed Syrian refugees aged 15 and above do not have legal residency in Lebanon.”

“In 2017, only 36 per cent of the total funding needed to provide adequate humanitarian support in Lebanon was received, as of the beginning of December,” underscored  Spindler, noting that under the Lebanon Crisis Response Plan, $2.7 billion is required to meet needs in 2018.

“It is more vital than ever that donors stay the course amid deepening poverty and growing vulnerabilities,” the spokesperson emphasized.