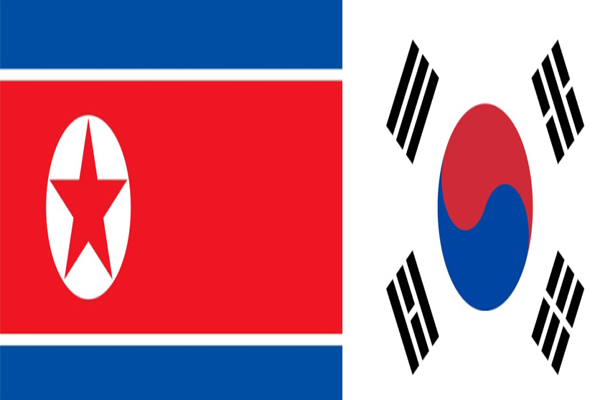 This is the first formal talks between the two neighbouring nations in two years.

He also said North Korea was open for dialogue on the issue.

North Korea accepted Seoul's dialogue offer Friday after the South and the United States agreed to postpone their military drills until after the Olympics. It also reopened a long-disconnected border hotline, Yonhap reported.

"I came here with hopes that the two Koreas hold talks with a sincere and faithful attitude to give precious results to the Korean people who harbor high expectations for this meeting, as the first new year present," Ri Son-gwon, North Korea's chief delegate, said at the start of the talks as quoted as saying by Yonhap.

Relationship between North Korea and the US made headlines in recent times.

US Ambassador to the UN Nikki Haley recently reacted to Donald Trump's "nuclear button" tweet and said the US President's comment warned North Korean leader Kim Jong-un about America's nuclear capabilities and kept him  "on his toes", media reports said.

Haley told ABC: "We're not letting up on the pressure. We're not going to let them go and dramatize the fact that they have a button right on their desk and they can destroy America. We want to always remind them we can destroy you too, so be very cautious and careful with your words and what you do.”

The president "always has to keep Kim on his toes,” Haley said.

She said: “It's very important that we don't ever let him get so arrogant that he doesn't realize the reality of what would happen if he started a nuclear war."

Escalating further possibilities of a nuclear war, US President Donald Trump recently warned North Korea that he commands a “much bigger” and “more powerful” arsenal of devastating weapons than the Asian nation.

"North Korean Leader Kim Jong Un just stated that the 'Nuclear Button is on his desk at all times.' Will someone from his depleted and food starved regime please inform him that I too have a Nuclear Button, but it is a much bigger & more powerful one than his, and my Button works!," Trump tweeted as he warned the Asian nation.

Situation became far tensed when North Korea tested an inter-continental ballistic missile (ICBM) that the nation said was capable of striking US mainland.

The United Nations Security Council imposed strong new sanctions against the Asian nation after its Nov 29 launch of a  nuclear-capable weapon.