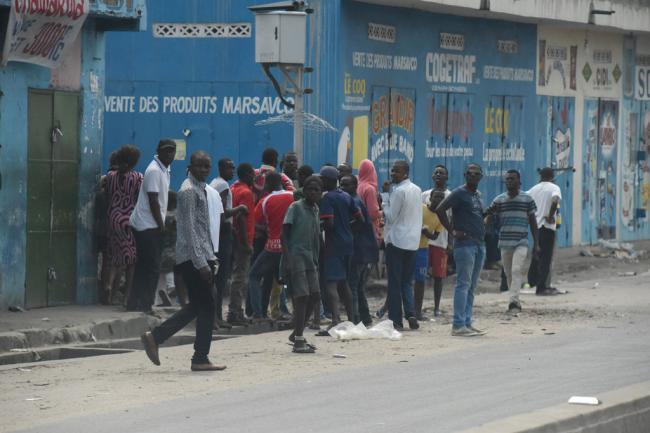 New York, Jan 6 (JEN):   Amid ongoing political tension in the Democratic Republic of the Congo (DRC), violent actions by the security forces during recent protests in Kinshasa and other cities suggest “deliberate intention to suppress civil and political rights,” the United Nations human rights office reported on Friday.

“From the latest information we have managed to gather, at least five people are known to have been killed and 92 injured,” Liz Throssell, spokesperson for the Office of the UN High Commissioner for Human Rights (OHCHR), told reporters at the regular news briefing in Geneva.

In addition, some 180 people were arrested – most have now been released.

At the same time, Throssell said OHCHR believes the casualty figures from the 31 December demonstrations may be higher.

“Our colleagues on the ground were denied access to morgues, hospitals and detention centres. They were sent away from these sites by defence and security forces, and so were unable to fully conduct their human rights monitoring work,” she elaborated.

“This is an alarming development that impinges on freedom of religion or belief,” she underscored, adding: “We call on the authorities to ensure that the security forces do not resort to excessive force when policing demonstrations, and that protests are handled in line with international standards.”

Pointing out that “necessity, proportionality, non-discrimination and accountability are key principles that underpin the use of force for the management of peaceful assemblies,” Throssell maintained that the DRC Government must ensure that everyone is able to exercise their right to freedoms of association and peaceful assembly, opinion and expression.

There should also be credible and independent investigations into alleged use of excessive force, and those responsible for human rights violations should be brought to justice.

“We once again urge the authorities to engage in a constructive dialogue with the opposition and to ensure that the right of all Congolese to participate in the public affairs of their country are respected,” she concluded.