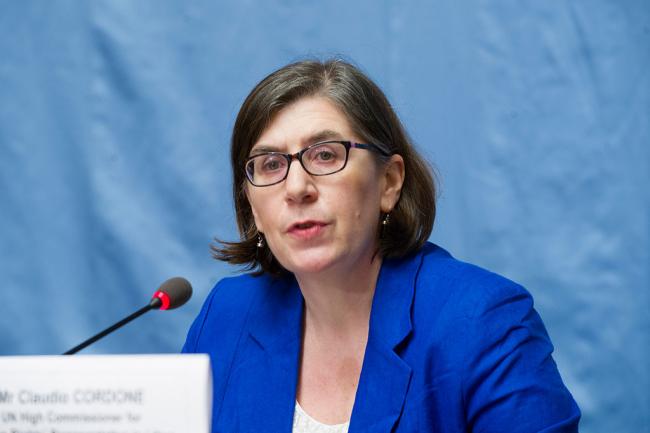 New York, Jan 6 (JEN):  The United Nations human rights wing on Friday expressed deep shock that 20 people were reported to have been executed in Egypt since last week, amid concerns that due process and fair trial guarantees did not appear to have been followed.

According to the Office of the UN High Commissioner for Human Rights (OHCHR), on 2 January, five men who had been sentenced to death by an Egyptian military court were hanged in Alexandria, four of whom had been convicted for an explosion near a stadium in Kafr al-Sheikh on 15 April 2015 that killed three military recruits and injured two others.

“We understand the defendants were tried by military judges on the basis of legislation that refers cases of destruction of public property to military courts and in view of the victims being from the Egyptian Military Academy,” OHCHR spokesperson Liz Throssell told reporters on Friday at the regular news briefing in Geneva.

On 26 December, 15 men convicted on terrorism charges were reportedly executed, found guilty by a military court of killing soldiers in Sinai in 2013.

“Civilians should only be tried in military or special courts in exceptional cases,” she continued.

Further, Throssell said it is important that all necessary measures are taken to ensure that such trials take place under conditions which genuinely afford the full guarantees stipulated in Article 14 of the International Covenant on Civil and Political Rights, to which Egypt is a State party.

Noting that these include a fair and public hearing by a competent, independent and impartial tribunal, she expressed concern that this did not appear to have been followed as military courts typically deny defendants’ rights accorded by civilian courts.

“In cases of capital punishment, trials must meet the highest standards of fairness and due process. Reports also indicated that the prisoners who were executed may have been subjected to initial enforced disappearance and torture before being tried,” she asserted.

Despite security challenges facing Egypt, particularly in Sinai, Throssell maintained, “executions should not be used as a means to combat terrorism.”

As such , she said the UN human rights office called on the Egyptian authorities to reconsider the use of death penalty cases in accordance with their international human rights obligations and to take all necessary measures to ensure that violations of due process and fair trial are not repeated.